An official on scene confirmed that three people were taken to the hospital.

The explosion was reported shortly after 2 p.m.

The public is asked to avoid the area as much as possible as traffic is being diverted.

Stay tuned to HubCityRadio.com for updates. 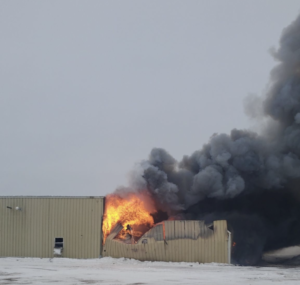