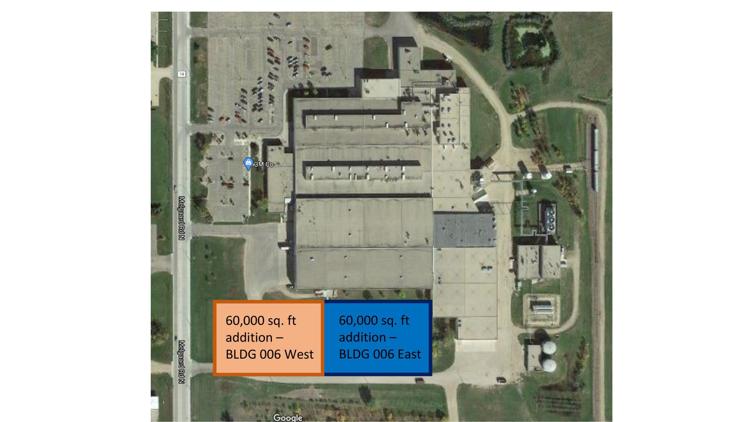 3M Aberdeen has announced an expansion to increase production of N95 masks.

The expansion is needed because 3M was awarded two U.S. Department of Defense contracts to further expand its U.S. production of N95 respirators.

Those new contracts mean, in part, the construction of two new wings creating a combined 120,000-square-foot expansion to its Aberdeen plant, according to a news release from the company.

An east and west wing, each 60,000-square-feet, will be added to the south side of the current facility, which currently spans 440,000 square feet. The first wing is expected to be up in the next 90 days, said Aberdeen plant manager Andy Rehder. An additional 100 employees will be added to staff the new equipment with hiring continuing through the next two to three months, he said.

Rehder expects the expansion’s impact on Aberdeen will include, continued job opportunities, work for local contractors helping with the expansion and use of hotel rooms for 3M employees and contractors.

New equipment that manufactures N95 respirators is currently being built in Wisconsin where initial production of the respirators will start in June. The equipment will then be moved to the new expansion at 3M Aberdeen, according to a news release from 3M.

Details available from 3M on the Department of Defense contracts are as follows:

3M has also been working with the Trump administration to import 166.5 million respirators from its overseas facilities in China and other Asia locations. Those imports will continue over the coming months, according to the release.

Stay with AberdeenNews.com for details.