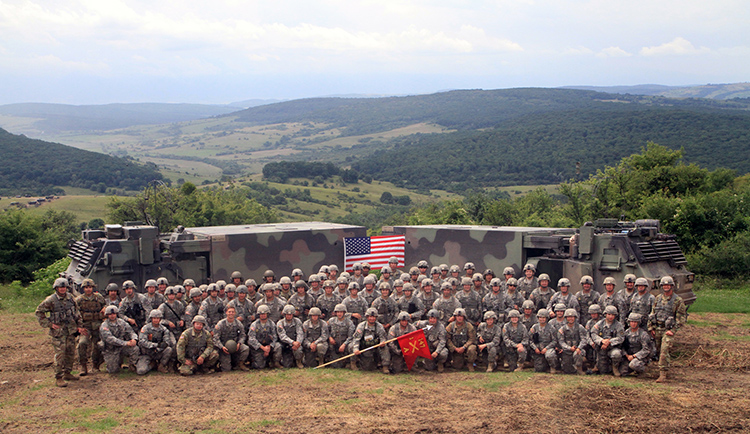 The units arrived at Fort Bliss, Texas, where they will spend the next several weeks completing demobilization requirements before returning to South Dakota.

The Aberdeen-based Alpha Battery is equipped with the Multiple Launch Rocket System, or MLRS, and provides artillery support to a brigade, division, corps or coalition task force. The Watertown-based Forward Support Company is a multifunctional logistics unit which provides supply and maintenance support.

Details of the unit’s arrival to South Dakota and welcome home event will be announced at a later date once confirmed.