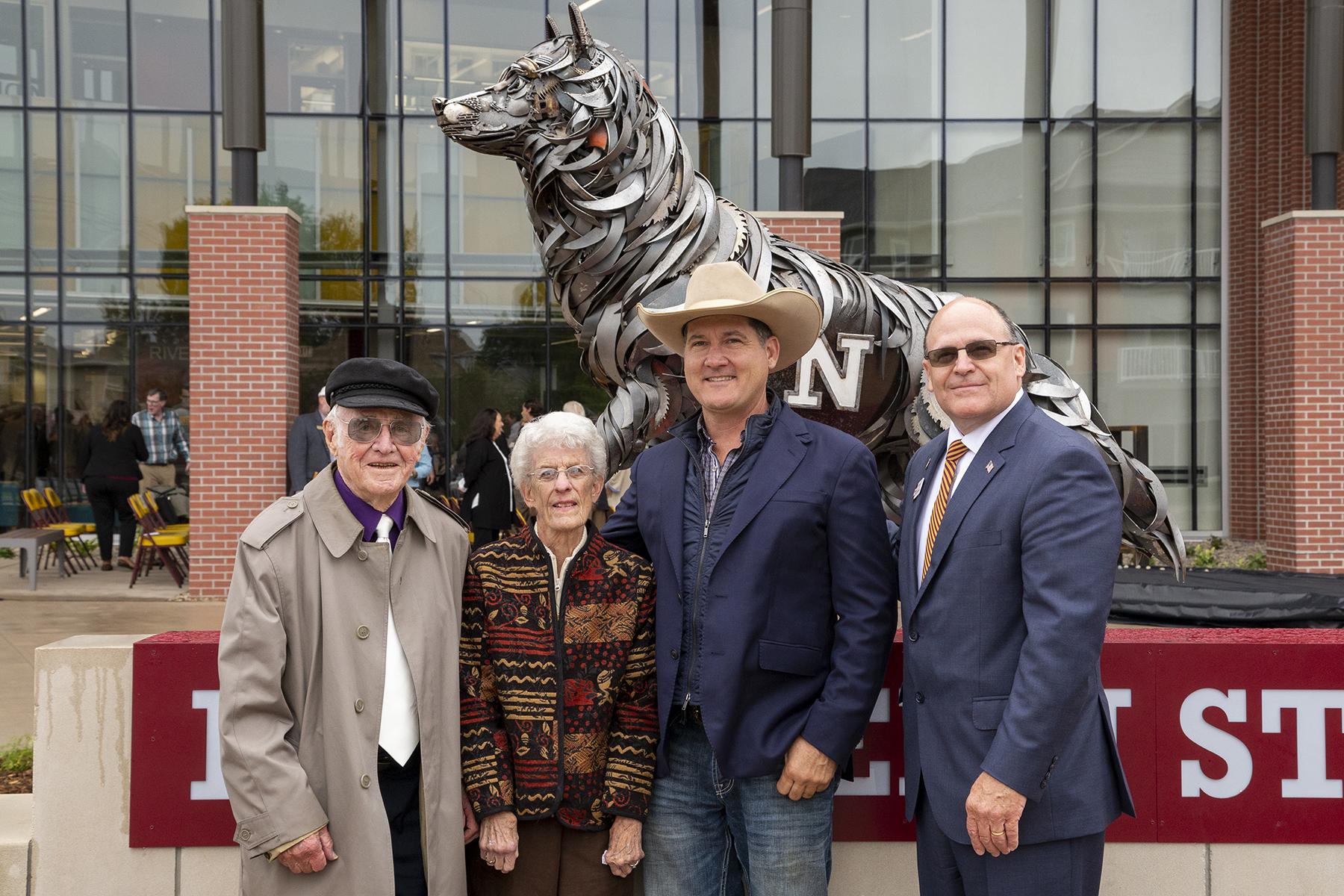 Ka and Sally Squire also got to meet South Dakota sculptor John Lopez, who created the sculpture that now stands in front of the main entrance of the science center.

Lopez, who was also recognized at Thursday’s ceremony, is a Northern alum.

“It’s a surreal feeling to be back here 28 years after I graduated,” he said.

The life-sized wolf sculpture Lopez created for his alma mater is fabricated out of found objects and shapes of steel that he cut with his plasma cutter. The statue was installed earlier this week, and it has already gotten a lot of attention.

“I’m thrilled,” Lopez said. “I think it really pops out in front of the building. It’ll be a good thing for people to take pictures with.”

Indeed, Lopez took a photo with the Squires and with NSU President Dr. Tim Downs.

The Squires first got the idea for the wolf sculpture about seven years ago, said Ka Squire, who grew up half a block from Northern and recalls watching the Wolves basketball team play in Spafford Hall. While in Key West, Florida, the couple saw an interesting sculpture area and thought it would be nice to have something similar in Aberdeen.

But although they brought the idea to the city and arts council, it never took root. Then while vacationing in Hill City, they spotted a horse sculpture they liked and wondered who the artist was. They soon found out while reading an issue of South Dakota Magazine, which featured an article about John Lopez.

Soon enough, they called Lopez and visited his studio to ask about creating the wolf. Then they were contacted by Rod Fouberg, who suggested they take the idea directly to President Downs.

Now that the wolf has found its home at Northern, they’re thrilled with the outcome.

“We’re so darn pleased,” Ka said. “We came out last night and walked all around the statue and tried to see how many forks are in it.”

They’re also very happy that others are so excited about the wolf.