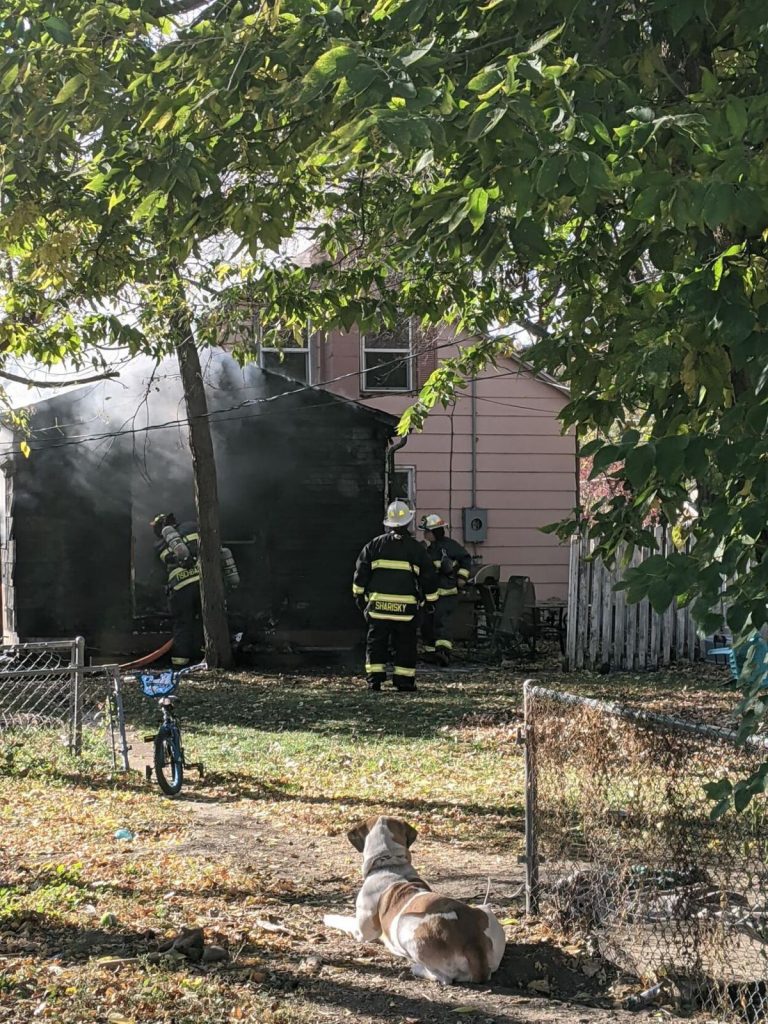 A home at 919 Third Ave. N.E. was damaged by a fire on Wednesday. (American News photo by Scott Waltman)

Firefighters responded to 919 Third Ave. N.E. at 10:28 a.m. and investigators were still on the scene late into the afternoon.

Nobody was injured and the cause of the fire had yet to be determined, said JR Huebner, a battalion chief with Aberdeen Fire & Rescue.

There was extensive damage to the home, especially on the main floor and in the back, he said. There was heat damage on the second floor and smoke and water damage throughout the house, he said.

The single-family rental home is uninhabitable, at least for now, Huebner said. The American Red Cross is helping the family that lived there.

Whether the home is salvageable will have to be worked out with an insurance company, he said.

Nobody was home at the time of the fire, he said, as the people who lived there were either at work or day care.

High winds Wednesday morning increased the threat of the fire spreading. But, Huebner said, firefighters were able to protect the neighboring home to the east. A tree and fence to the east of the fire were damaged, however, he said.

Most of the flames were knocked out in 10 to 20 minutes, then firefighters focused on hot spots and smoldering areas, Huebner said. Once the fire was contained outside, firefighters entered to make sure there were no people in the house, then finished putting out the flames inside.

An initial report indicated a passerby saw smoke and called 911, Huebner said, though he had yet to confirm that around 4 p.m. Wednesday.