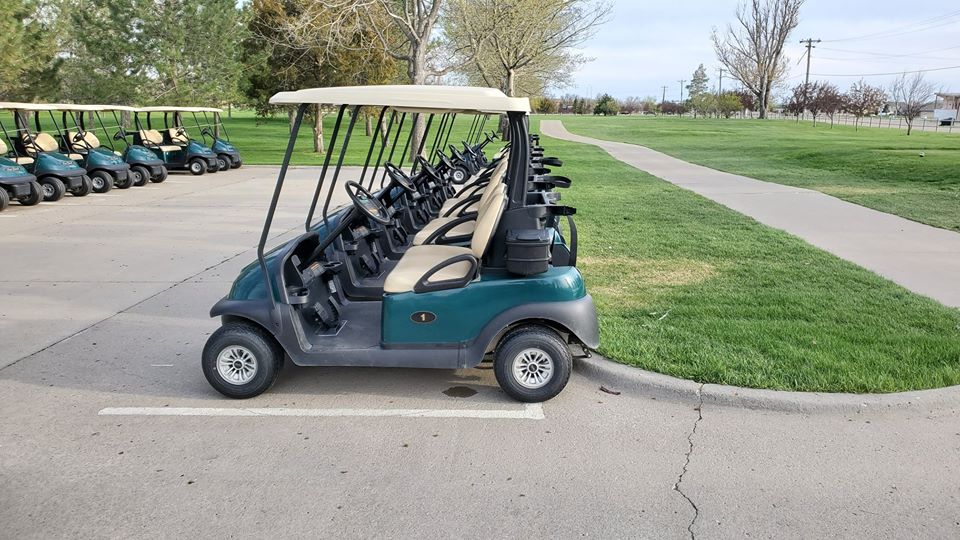 Investigation led to the arrest of Brooks Rex Briscoe, age 53 of Aberdeen. He was charged with (3) counts of grand theft, possession of marijuana, and possession of drug paraphernalia.

Detectives have recovered two of the stolen golf carts; one was located in Minnesota and one in North Dakota. The search for the third continues. The third cart is believed to be in the Groton area and was likely purchased in early April by someone who didn’t know it was stolen. The cart is similar to those depicted in the photo.

If you have information on the third cart, please privately message this page or send us a tip through our MyPD app.