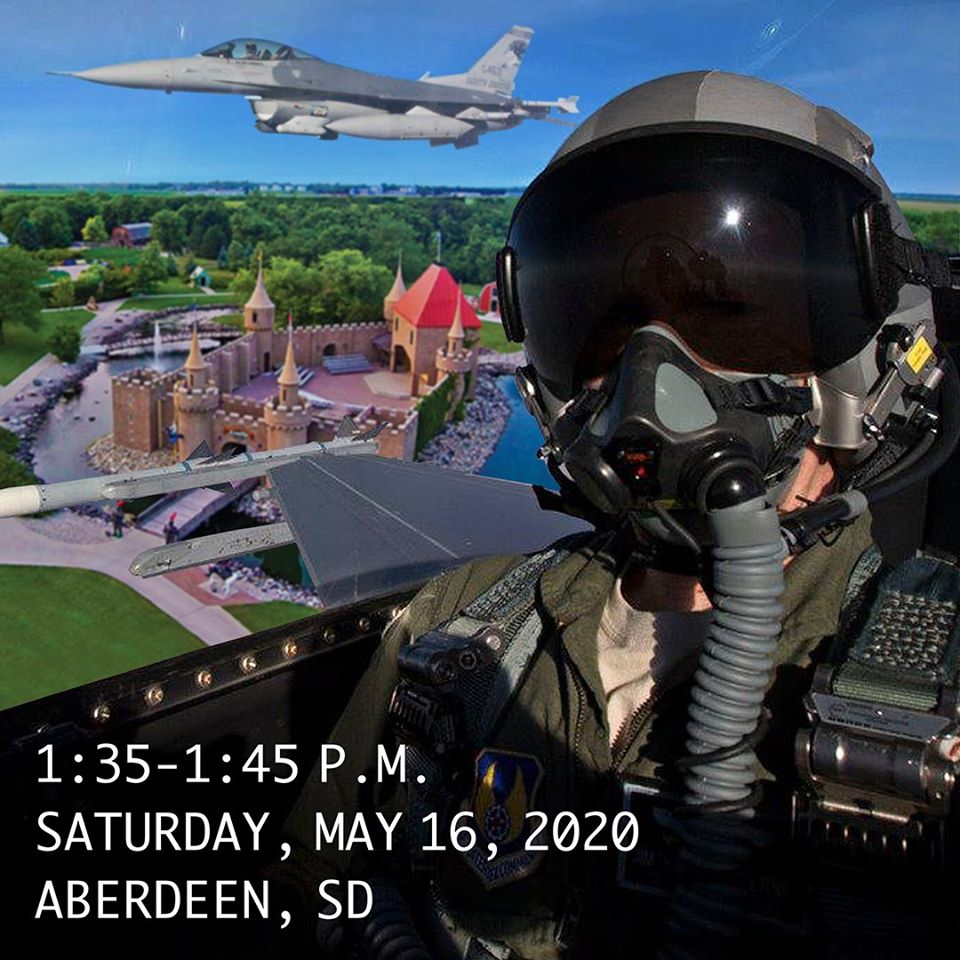 The journey will include nine cities in South Dakota, including Aberdeen.

“This Armed Forces Day, we would like to salute our fellow Americans working hard to keep South Dakotans safe,” said Col. Mark Morrell, 114th Fighter Wing commander. “They have demonstrated true commitment and selfless service, and this is our way of saying thank you.”

Four F-16 fighting falcons from the 114th Fighter Wing will pass over hospitals in those nine cities.

The estimated times and locations for the flyovers are:

Community residents and staff are encouraged to step outside to view the flyover, but are reminded to practice physical distancing and not gather in large groups.

Meints said people should be able to tell when the planes are near, just because of the sound.

The flyovers are conducted as part of the Department’s Operation American Resolve and the Air Force Salutes morale flyover plan, and are performed within regularly scheduled training missions. The 114th Fighter Wing continues to maintain mission assurance throughout COVID-19 by supporting Overseas Contingency Operations, defending U.S. airspace, and providing support to civil authorities.

“We hope everyone can share in this moment of gratitude, and remember that we are all in this together,” added Col. Morrell.

Everyone is encouraged to share their patriotic photos and videos of the flyover event with the 114th Fighter Wing Facebook page @114thFighterWing.