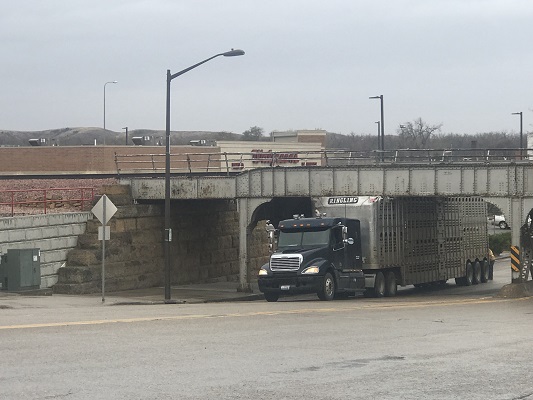 PIERRE, S.D. (DRG News) – The train bridge over Pierre Street in Pierre proved once again Sunday morning it won’t give an inch to any over height vehicle that attempts to drive underneath of it.

The Pierre Police Department says officers responded to a semi having hit the train bridge a little before 11 a.m.

56-year-old Thomas Roberts of Hasxtun, Colorado, was issued a citation for a Truck Route Violation. His cattle trailer received approximately $5,000 in damage. There was no damage to the bridge.

This is the third semi to hit the Pierre Street train bridge this year.