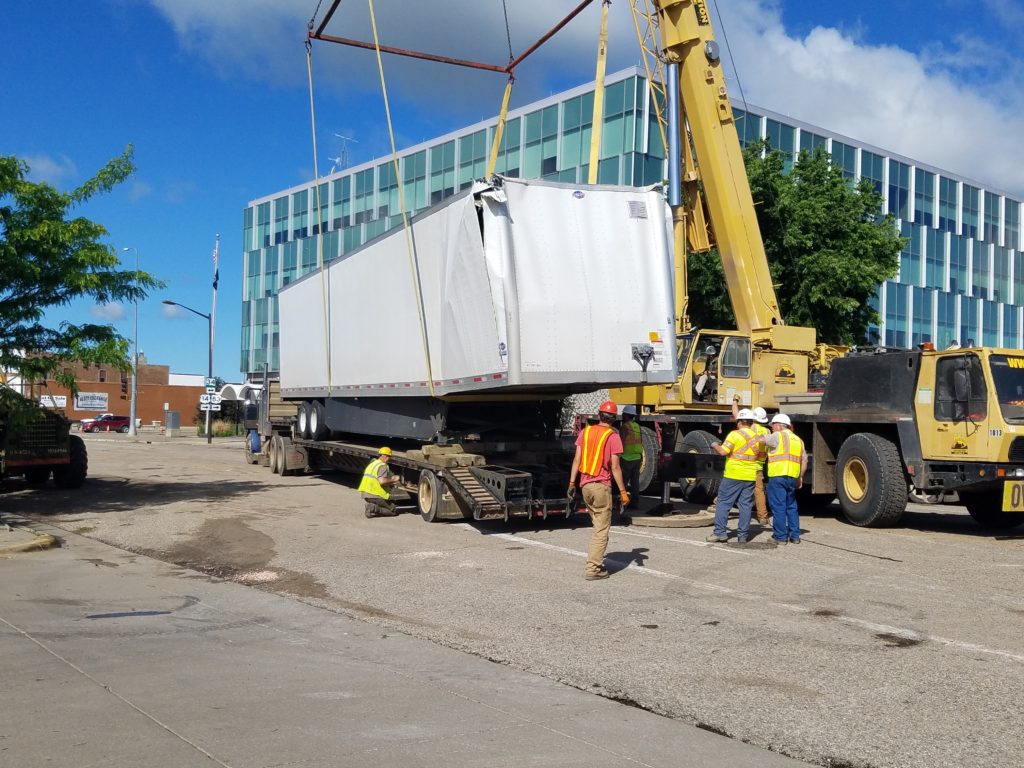 Walz says the truck was carrying pallets of bottled water.

Walz says he’s seen many trucks meet their match under the viaduct in two decades as a police officer, but the use of a crane is a first.

The driver was cited by Pierre Police with a truck route violation. A-G-E Contractors of Fort Pierre assisted with removal of the trailer. South Pierre Street was reopened to traffic around 10:45 a.m.