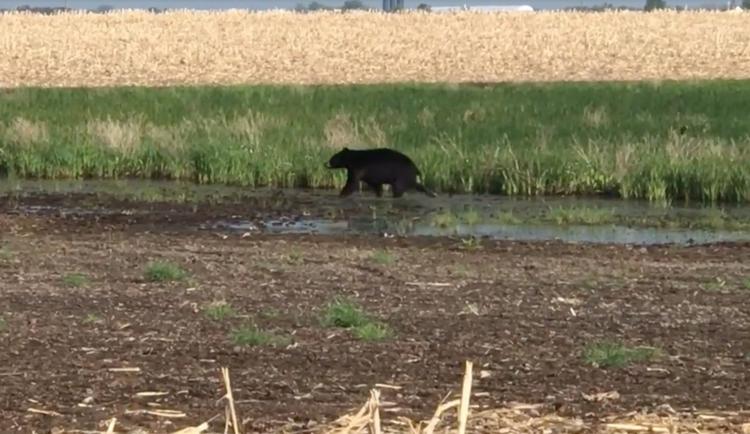 There are no reports of cattle being injured or the bear being aggressive, he said, but residents should be aware the animal was spotted between Aberdeen and Mina.

“We want people to be aware it could be wandering around,” Lunzman said. “Most likely it’s just passing through. We have no idea.”

Jacquie Ermer with the South Dakota Department of Game, Fish and Parks said she couldn’t say for sure, but most likely the young bear is a male from Minnesota. It’ll probably eventually make its way back home, she said, since bears don’t tend to settle on the prairie.

Bear paw prints were confirmed by GFP Friday in the Houghton area, Ermer said. The agency doesn’t have to take the bear into custody or take other action, she said. It hasn’t hurt anybody or livestock, she said. There’s no reason for people to be alarmed and no way to know how long the bear might be in the area, she said.

Bear sightings aren’t unheard of in the region, but are more common near the Minnesota state line in Roberts or Grant counties, Ermer said. Residents can call 605-626-7911 to report a sighting or 911 if there’s imminent danger.