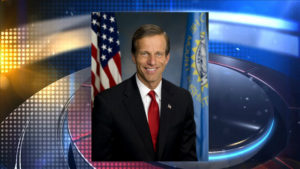 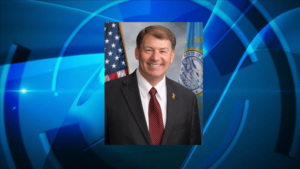 WASHINGTON, D.C.(HubCityRadio)- On Tuesday, the US Senate voted in favor of the bipartisan infrastructure bill on a 69-30 vote.

Senator John Thune voted against the bill and released the following statement after the vote.

“For months, senators from both sides of the aisle engaged in good-faith negotiations to produce an infrastructure bill for the Senate to consider, and I applaud them for their tireless efforts,” said Thune. “I have said from the very beginning that this bill should be fully paid for, and unfortunately, that is not the case. While I support investments in our nation’s infrastructure, I could not support this final product that will further increase the national debt and financially burden future generations.”

Senator Mike Rounds was not in attendance for the vote because he is with his wife in route to the Mayo Clinic in Rochester, MN.  Senator tweeted this statement prior to the vote.

“For months, I have been working with my colleagues to negotiate bipartisan infrastructure legislation,” said Rounds. “I chose to actively be involved in these discussions to give South Dakota a seat at the table throughout the negotiation process. In many cases, we were successful in advancing traditional infrastructure provisions that will directly benefit South Dakota. However, as this framework progressed out of our bipartisan working groups to the Senate floor, it became evident that the legislation in its final form included several progressive mandates and federal funding clawbacks that I believe go too far.

“While I cannot be there in person when the final vote is cast, as I am with my wife Jean en route to the Mayo Clinic where she is undergoing cancer treatments, my intent would be to oppose this legislation in its final form.

“The goal of bipartisan negotiations is to find areas of agreement and while that may require us to seek compromise on policy, it’s important that we never compromise on principles. As we combed through the legislative text of this 2,702 page bill and the subsequent amendments, there were many sections that I believe contradict the values of the people of South Dakota who sent me to Washington. With that in mind, I could not in good conscience support this legislation in its final form.”