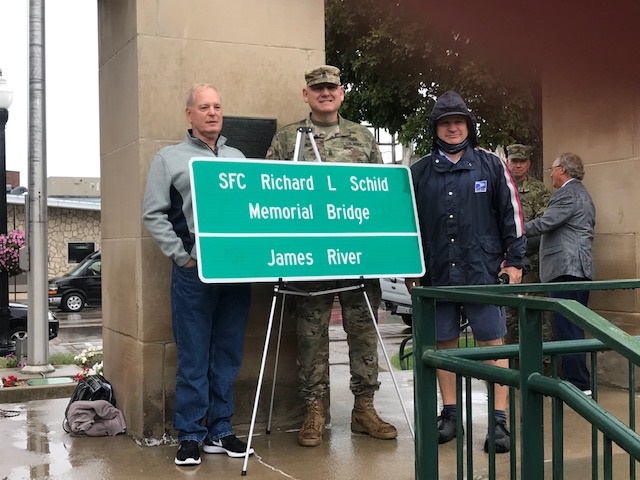 A ceremony was held Saturday morning at the Yankton County Government Center to unveil the plaque naming the bridge in honor of Schild, who was killed while serving in Iraq in 2005.

Schild says it’s the first of several memorials to be unveiled.

Schild says he appreciated the show of support.

Brooks Schild was serving with his brother when Rich and the other South Dakota Guardsmen were killed by an explosion in Baghdad.