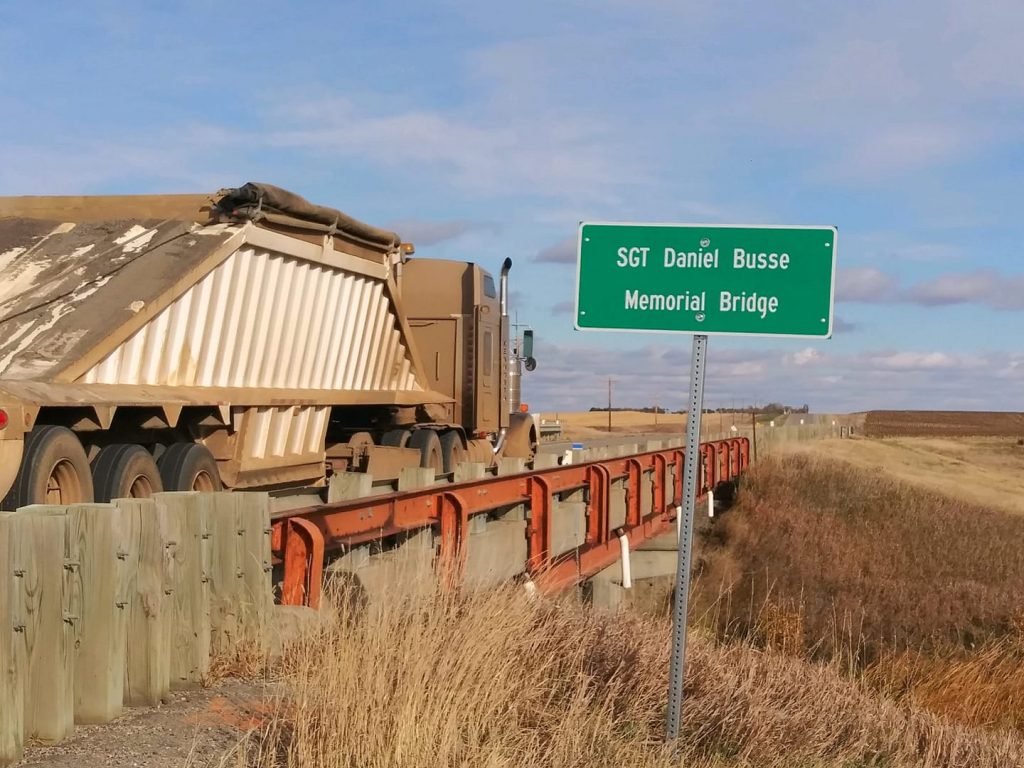 HIGHMORE, S.D. (KCCR) – A U.S. Highway 14 bridge in Hughes County now bears the name of Hyde County’s only fallen hero from the Vietnam War. The Sgt. Daniel Busse Memorial Bridge was dedicated Wednesday at the Hyde County Auditorium in Highmore.

Lt. Col. LeeJay Templeton with the South Dakota National Guard says Busse was a highly decorated soldier who was killed in action just days prior to his 22nd birthday.

Busse had three brothers and one sister, Cheryl Fawcett who says her brother was a hero.

Busse was honored before his death with seven commendations. The Sgt. Daniel Busse Memorial Bridge is located three and a half miles east of Blunt on U.S. Highway 14.