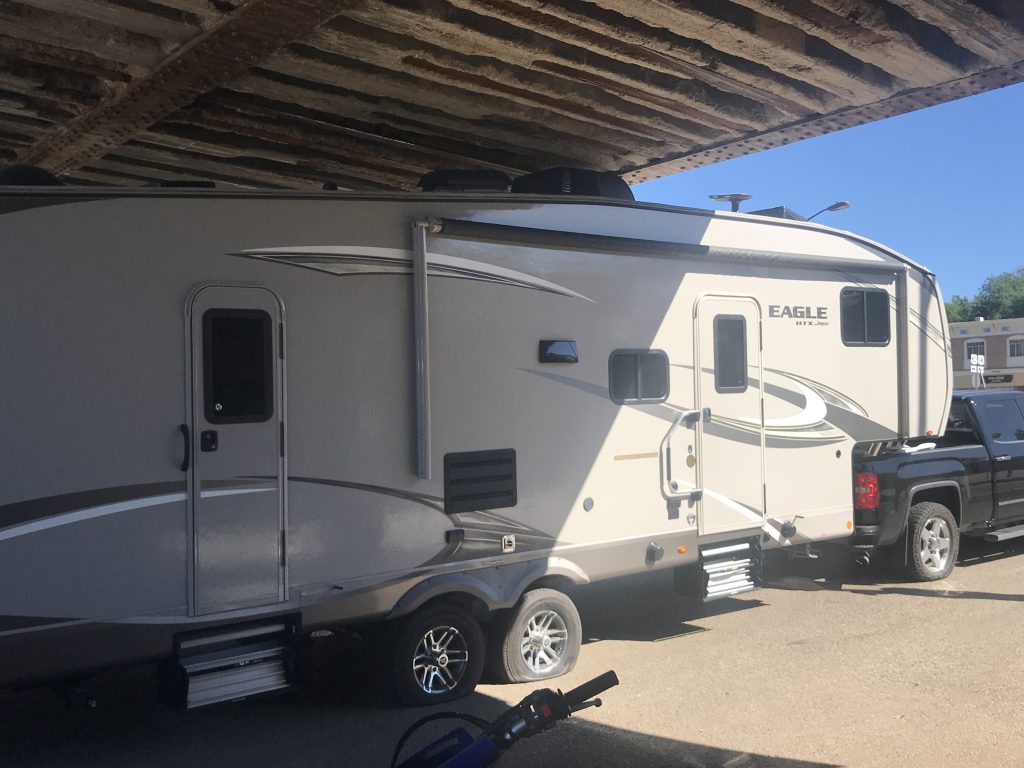 PIERRE, S.D. (DRG News) – A camper has what looks like minor damage to its front air fan unit after scraping underneath the train bridge along a major route of travel in Pierre Wednesday morning.

A pickup with California license plates was pulling the camper and a boat northbound when when the incident happened. This is the first camper to have a run in with Pierre’s infamous train bridge this year. There was no damage to the bridge. Further details will be released by the Pierre Police Department.