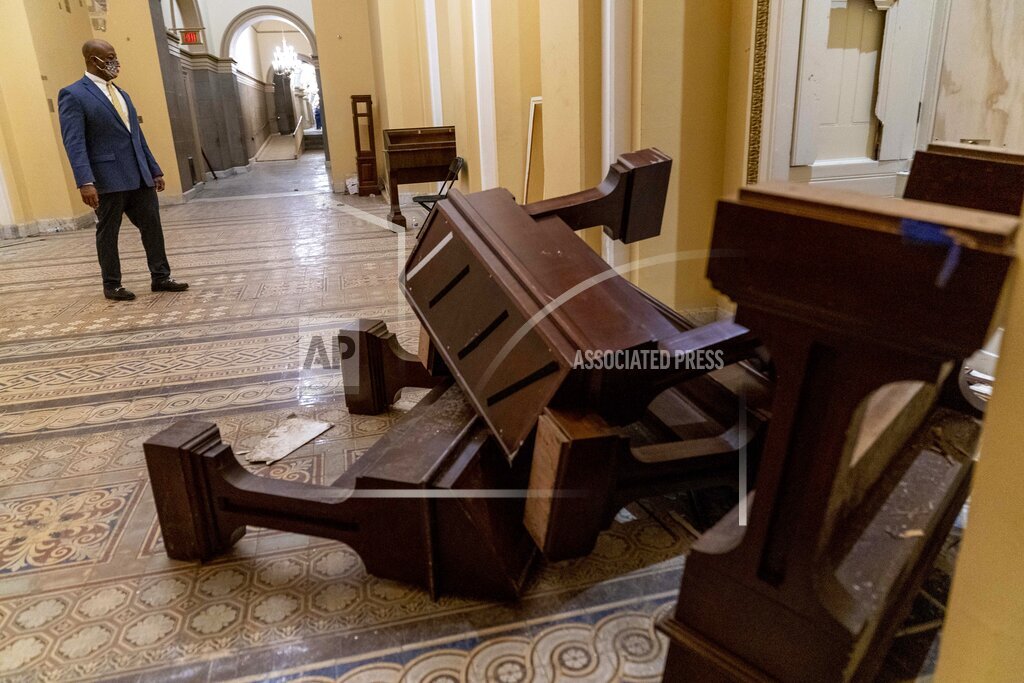 Sen. Tim Scott, R-S.C., stops to look at damage in the early morning hours of Thursday, Jan. 7, 2021, after protesters stormed the Capitol in Washington, on Wednesday. (AP Photo/Andrew Harnik)

WASHINGTON (AP) — There is a heavy police presence at the Capitol a day after a violent mob stormed the Capitol as lawmakers were meeting to confirm Joe Biden’s presidential win. Wednesday began as a day of reckoning for President Donald Trump’s futile attempt to cling to power, as Congress took up the certification of Biden’s victory. It fractured into scenes of fear and agony that left a prime ritual of American democracy in tatters.

A pro-Trump mob overran the U.S. Capitol, occupying one hallowed space of American democracy after another. A woman was shot and killed by police, and three others died in apparent medical emergencies. Streets in the District of Columbia were quiet Thursday morning.