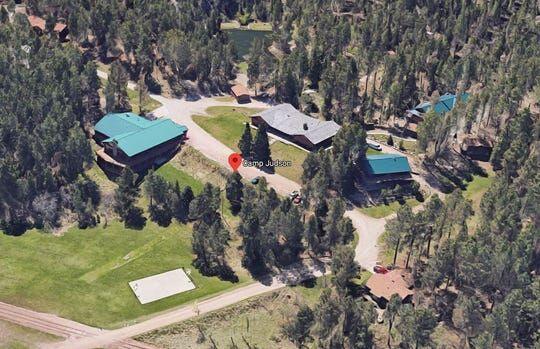 KEYSTONE, S.D. (By Nick Lowrey South Dakota News Watch) – Several cases of COVID-19 have been linked to Camp Judson, a popular Christian youth summer camp located in the Black Hills, the South Dakota Department of Health has confirmed. The camp has closed and has canceled an outing scheduled for junior-high students set for July 26 to Aug. 1.

As of of Monday, fewer than 10 confirmed cases of COVID-19 that were tied to the camp west of Keystone had been reported to the state health department, said department spokesman Derrick Haskins, who would not provide a specific number of confirmed cases.

The department will continue to investigate the outbreak and notify people who had close contact with those who have tested positive for the disease. Camp officials had been cooperative with the investigation, Haskins said, adding that there were no plans to issue a public notice about the incident.

The First Baptist Church in Sioux Falls, which has ties to Camp Judson, reported on its Facebook Page on July 23 that three campers, three counselors and the camp director had tested positive for COVID-19. One person with close ties to the church had tested positive for the disease, but had not attended church functions since returning to Sioux Falls from the camp, the posting said.

According to the camp website, the most recent outing was the Junior Camp for children in grades 4-6 from July 19 to July 25.

A staff person at Camp Judson reached Monday told South Dakota News Watch that the camp planned to release a public statement later in the day; the staff member declined to comment further.

The outbreak comes just a month before many public schools in South Dakota are set to open for in-person teaching and learning on Aug. 27.

Camp Judson has operated since 1926 and hosts Christian retreats, day camps, and overnight camps throughout the year. So far during this summer, Camp Judson has hosted a variety of camps, including weeklong camps for high school students, a weeklong family camp and several day camps. Past weeklong outings at the camp have attracted hundreds of children and youths.

Camp Judson is about 3.4 miles west of Keystone on Old Hill City Road, and has canceled at least one week-long overnight camp, according to posts on the camp’s social media accounts. The announcement to cancel this week’s Junior High Camp was made via Facebook on Thursday.

The camp website provided this biography of camp operators Tracy and Danie Koskan: “Tracy desires that Camp Judson be a place where disciples are made and equipped to live and love like Jesus. Tracy’s wife, Danie, is also highly involved in camp ministry through administrative support, cooking, media promotions and many other ‘as needed’ duties.”

The camp website and Facebook page contain many images of children and young adults engaged in camp activities such as sports, water slides, tug-of-rope, science activities and camp improvement projects.

The Facebook post announcing the closure of this week’s Junior High Camp was met with sadness and support. In response, Pat Parks of Rapid City wrote on Facebook: “You, your family, and all campers and staff are in my prayers. Camp Judson is a place like no other. Peace that only God can provide is my prayer for you.”