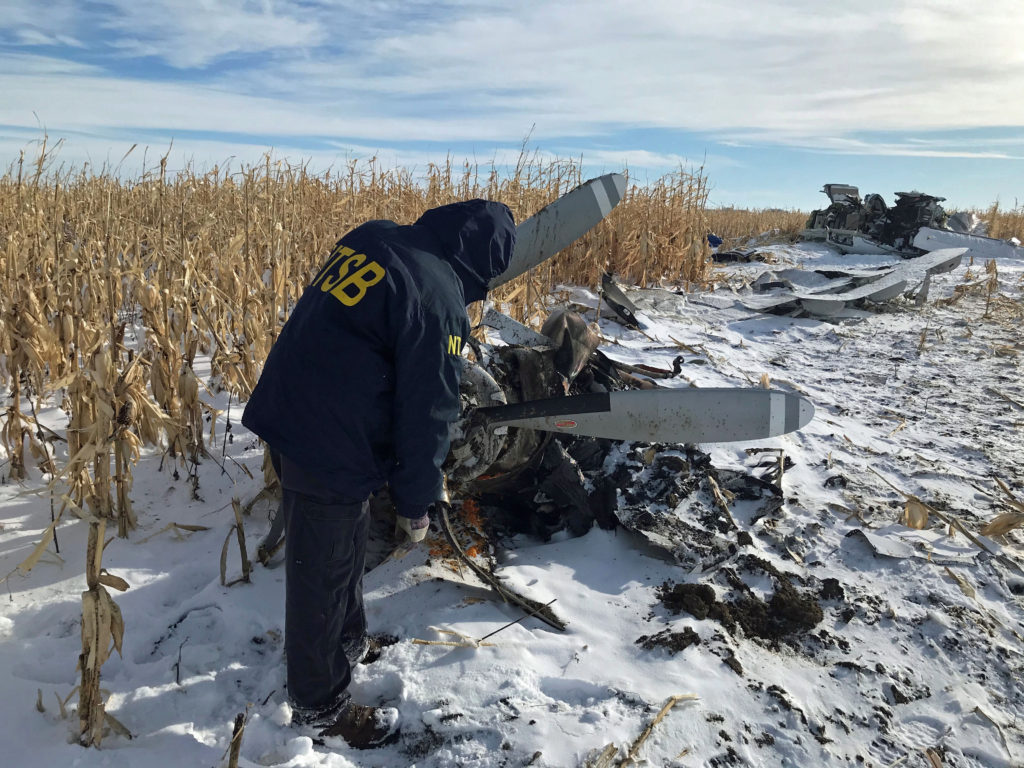 In this photo, taken Monday in Chamberlain, South Dakota, an NTSB air safety investigator begins the initial examination of the wreckage of the Pilatus PC-12 that crashed on Nov. 30, 2019, at 12:30 p.m. CT shortly after departure from Chamberlain Municipal Airport. NTSB Photo

The National Transportation Safety Board (NTSB) says the pilot filed an instrument flight rules plan with the FAA and received clearance to fly direct from Chamberlain to Idaho Falls, Idaho.

The plane departed the Chamberlain Municipal Airport at 12:26 p.m. Saturday, but when the pilot did not activate the flight plan after departure, the FAA issued an alert for a missing airplane.

The NTSB says the plane crashed a mile north of the airport.

Weather conditions at the time showed there was one-half mile visibility with moderate snow and icing, overcast skies and low-level wind shear. Skies were overcast, with a ceiling of 500 feet.

NTSB investigators arrived at the crash site Monday afternoon. They’re expected to complete their work by this weekend.

The entire investigation, which will include a probable cause of the crash, could take up to two years to complete.

The victims of the crash were extended family members from Idaho who were in South Dakota for pheasant hunting.