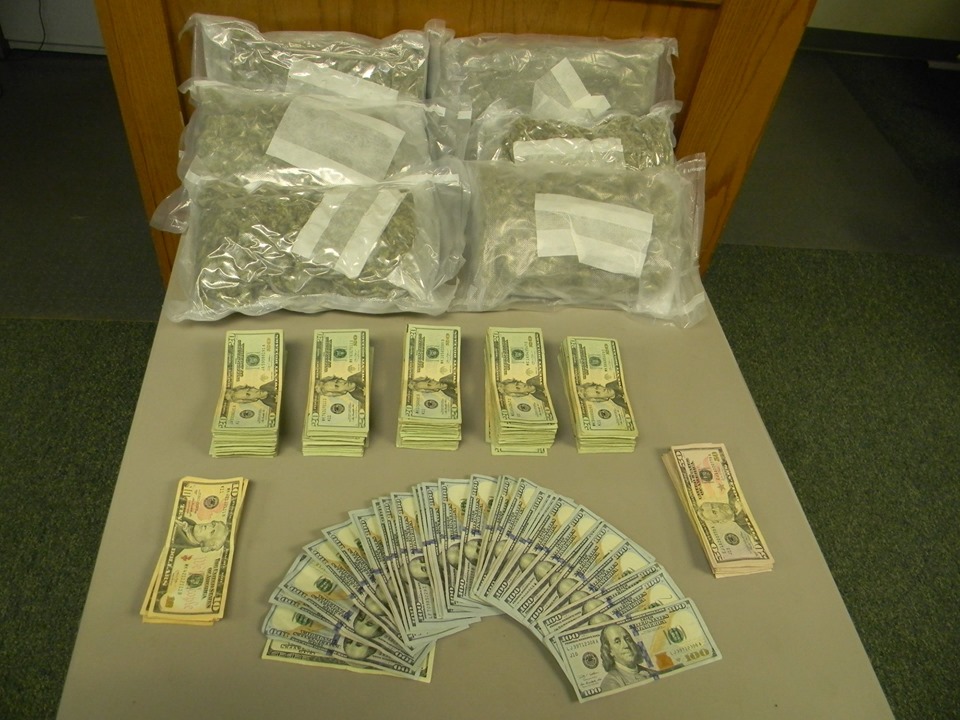 ABERDEEN, S.D. (APD Facebook post) – On Aug. 22, 2019 the Drug Task Force initiated an investigation into the distribution of marijuana.

The execution of a search warrant resulted in the discovery and seizure of 6.99 pounds (111 ounces) of high-grade marijuana. Conservatively, this marijuana has a street value of approximately $10,000 locally.

There was also over $20,000 cash located and seized. This money was directly linked with the distribution of marijuana.

Eric Lee Stewart Jr. (age 22 of Aberdeen) was arrested and charged with possession of marijuana with the intent to distribute, ingesting marijuana, and a probation violation.

The money taken during the search is pending state seizure.