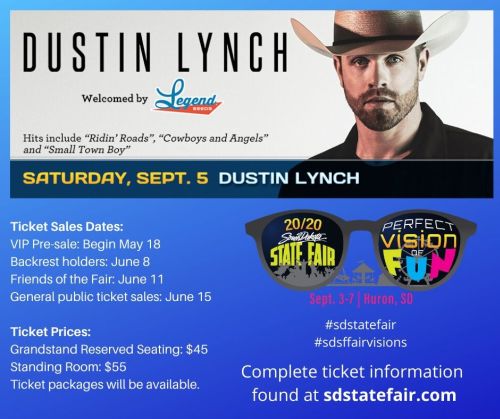 Lynch is a Tennessee native who released his first album in 2012.

He’s recorded seven number one hits, including “Mind Reader” and “Hell of a Night.”

Tickets for the general public go on sale June 15.

The fair previously announced the Charlie Daniels Band and the Marshall Tucker Band will perform on Friday, Sept. 4.