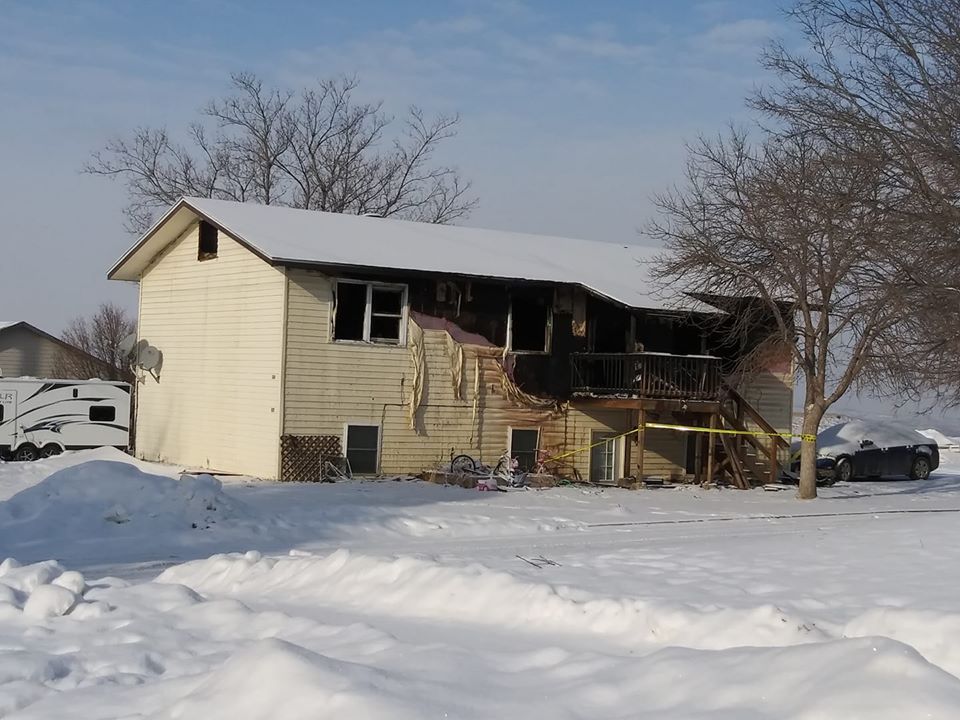 PIERRE, S.D. (KCCR) – An early Friday morning fire does heavy damage to duplex in Pierre. Pierre Fire Chief Ian Paul says firefighters responded to a call of a structure fire around 12:15 a.m. in the 100 block of 8th Street.

Firefighters brought the blaze under control in about 45 minutes.

Paul says it’s too early to determine a cause.

The female adult in the upper unit returned into the burning structure because she thought her kids were still inside. Paul says having a meeting place in the event of a fire is an important part of planning a fire escape.

Nine people total escaped the fire, five in the upper and four in the lower units of the building. Crews were on-scene for at least hours to catch flare-ups and begin the investigation into a cause.  Assisting on-scene were firefighters from Fort Pierre, AMR Ambulance and law enforcement.