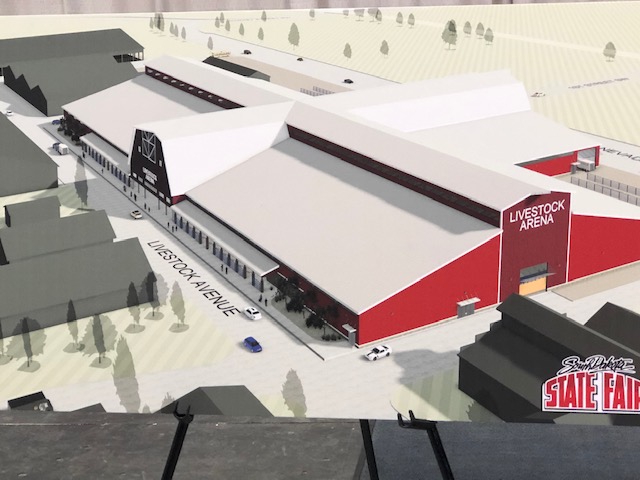 HURON, S.D. (DRG News) – A fundraising campaign is underway to come up with a portion of the money needed to build a new livestock complex on the South Dakota State Fairgrounds in Huron.

Interim state Secretary of Agriculture Hunter Roberts says the Beef Complex building burned down in October, leaving the fairgrounds without its busiest facility.

The estimated cost of the new multipurpose livestock and equestrian facility is $19 million. To pay for the project, Gov. Kristi Noem is asking the legislature for $12 million in one-time funds, which would be added to the $3 million received in insurance payments from the fire. Roberts says that leaves $4 million to be raised by the State Fair Foundation.

A groundbreaking ceremony will be held during the 2021 South Dakota State Fair, with plans for the DEX to be up and running in time for the 2022 State Fair.