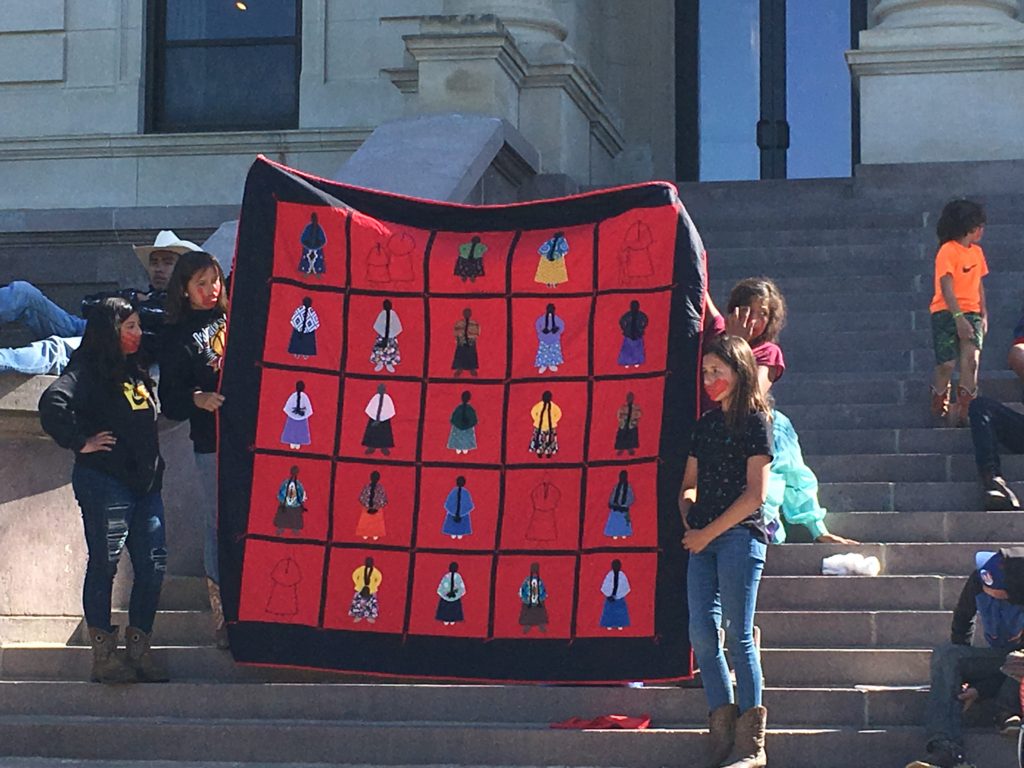 PIERRE, S.D. (DRG News) – Raising awareness about Missing and Murdered Indigenous Women was the goal of a gathering held in Pierre Tuesday morning.

Several people, including South Dakota Gov. Kristi Noem, rode horses from Farm Island (on the east side of Pierre) to the Capitol Building.

Leta Wise Spirit from Pierre was one of the speakers at a gathering on the steps of the Capitol.

Executive director of the Pathfinder Center in Chamberlain Lisa Heth says they provide shelter for human trafficking victims. She says abuse happens to both women and men.

Event organizers gave a quilt showing images of missing, murdered or abused Native American women to the State of South Dakota asking that it be hung in the Capitol Building to help raise awareness. Department of Tribal Relations Sec. David Flute accepted the quilt.