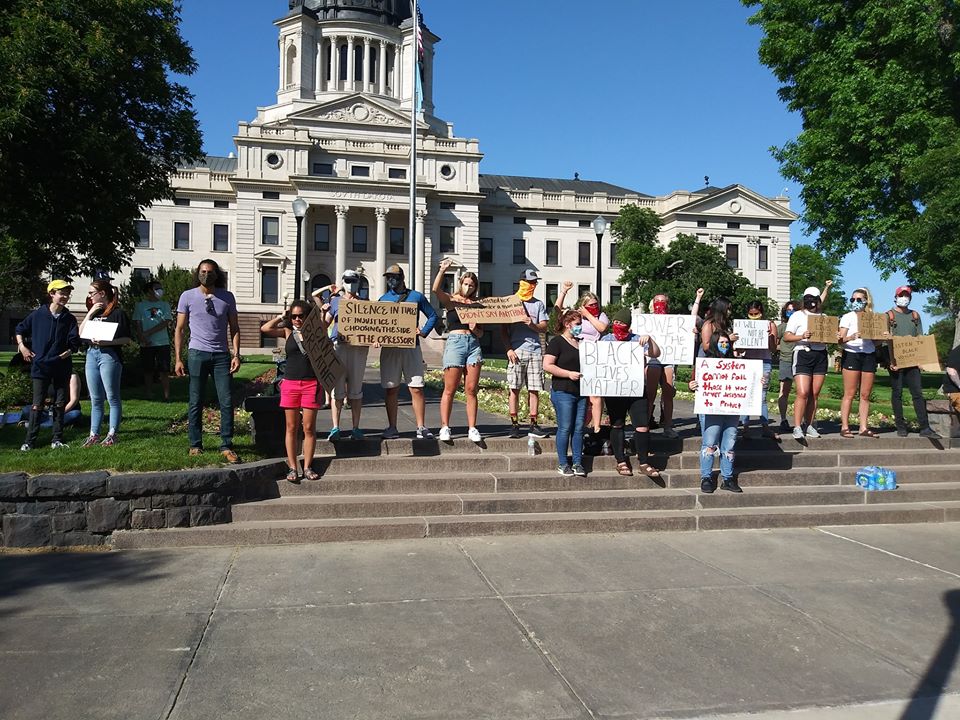 PIERRE, S.D. (KCCR) – People protesting the death of George Floyd by Minneapolis Police took to the State Capitol steps Tuesday and peacefully advocated their views. Many in the crowd of around 60 held signs supporting the Missing and Murdered Indigenous Women movement. Protesters sat mostly quiet on the retaining wall along the sidewalk of Capitol Avenue near the first set of steps from the sidewalk to the Capitol steps talking among themselves and waving to honking motorists.

Some drivers and vehicle occupants shouted out against the protest with no reaction from those assembled. Around 6 p.m., the protester began a march west on Capitol Avenue. Law enforcement was heavy across the city. A group of armed business owners were perched outside their businesses along South Pierre Street. Joining them were Pierre police, South Dakota Highway Patrol and National Guard members.

As of 5 a.m. South Dakota National Guard soldiers could still be seen pacing around both the Governor’s Mansion and State Capitol Complex. There have been no reports so far of any overnight criminal activity connected to the protest.