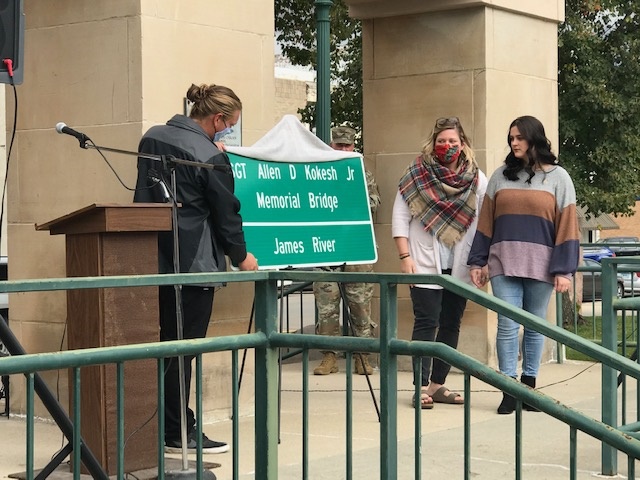 YANKTON, S.D. (WNAX) – The eastbound Highway 50 bridge over the James River will now be known as the Sgt. Allen D. Kokesh Memorial Bridge. The plaque was unveiled at a ceremony at the Yankton County Government Center Saturday afternoon.

Kokesh died from injuries in a bomb blast in December of 2005 while serving with the South Dakota National Guard in Iraq.

Whitlock says the public can remember those who sacrificed every time they cross the bridge.

Whitlock says they were looking for a more visible way to honor South Dakota soldiers.

Members of the Kokesh family helped unveil the plaque.