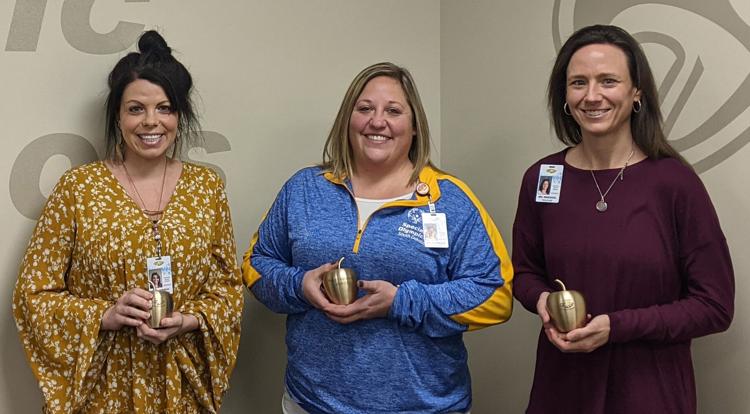 The honorees were announced in a news release from the Aberdeen Public Schools Foundation. The program recognizes individuals who are dedicated, inspiring and make a difference in the school district.

Hirsch has had several different positions within the district but has always demonstrated outstanding performance, positivity and perseverance, according to the news release. As a classroom teacher Hirsch would take extra time to learn and study interventions and then implement them with fidelity. She was always eager to try whatever she could to help her students. She also spent countless hours outside her normal time to ensure students are provided the best educational outcomes.

Hirsch is an advocate for students and will question policies and procedures if they are not benefiting students, according to the release. She locates resources within the school or community to assist families in need. She frequently serves as a mentor to early career teachers.

“I just want to do my part to make our district the best that it can be,” Hirsch said in the release.

Heermann has spent her entire career dedicated to students with social, emotional, and behavioral challenges. While the work is not easy, her efforts have been noted and appreciated by parents and their children, according to the release.

One parent who nominated Heermann highlighted her guidance and support that allowed their child to succeed.

Bindenagel is always jolly, lighthearted and helpful to students, according to her nomination. According to Bindenagel’s students, she’s always very playful and goes to gym class to play capture the flag. She also goes outside to play football with the boys. Bindenagel has provided snacks, supplies for class projects and rewards for good behavior.

“Inside the classroom I take great pride in creating a memorable and productive learning environment for my students. I do my best to stay current with technology and all things changing in our world to provide them with the best possible learning experience,” she said in the release.