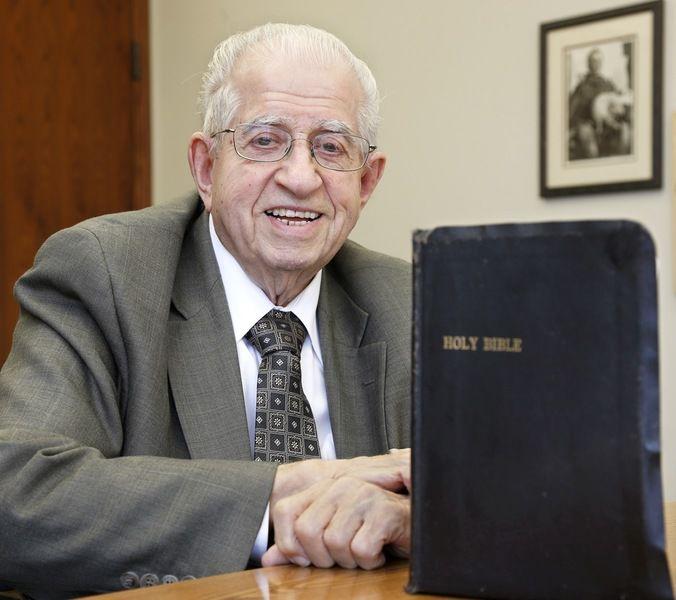 Salem had been in the hospital about 2 1/2 weeks receiving treatment for pneumonia, according to Bill Edwards, president of the Christian Worship Hour.

Salem, who turned 99 this summer, started as a pastor at 23.

His first job in June 1944 was at First Baptist Church in his hometown of Belle Fourche. He stayed there for a little over 13 years before he moved to Aberdeen where he spent the next 52 years and eight months as pastor at Aberdeen’s First Baptist Church. Salem started broadcasting his sermons on the Christian Worship Hour in 1979.

Although he left his post at the church in 2010, he remained the church’s pastor emeritus. He also continued his life of ministry on the Christian Worship Hour television show, which is broadcast around the world and today reaches 1.6 billion homes.

“He loved what he did and was totally absorbed in his work,” Edwards said of Salem in a phone interview Friday.

“His preaching was legendary,” Edwards said.

Salem was widowed in 2005 when his wife Beulah died on Christmas Eve. They had four children, Mike, of Aberdeen, Daniel, of Caroll, Iowa, Patty Becker of Aberdeen and Sharron Salwei of Coon Rapids, Minn.

Spitzer-Miller Funeral Home is in charge of arrangements.