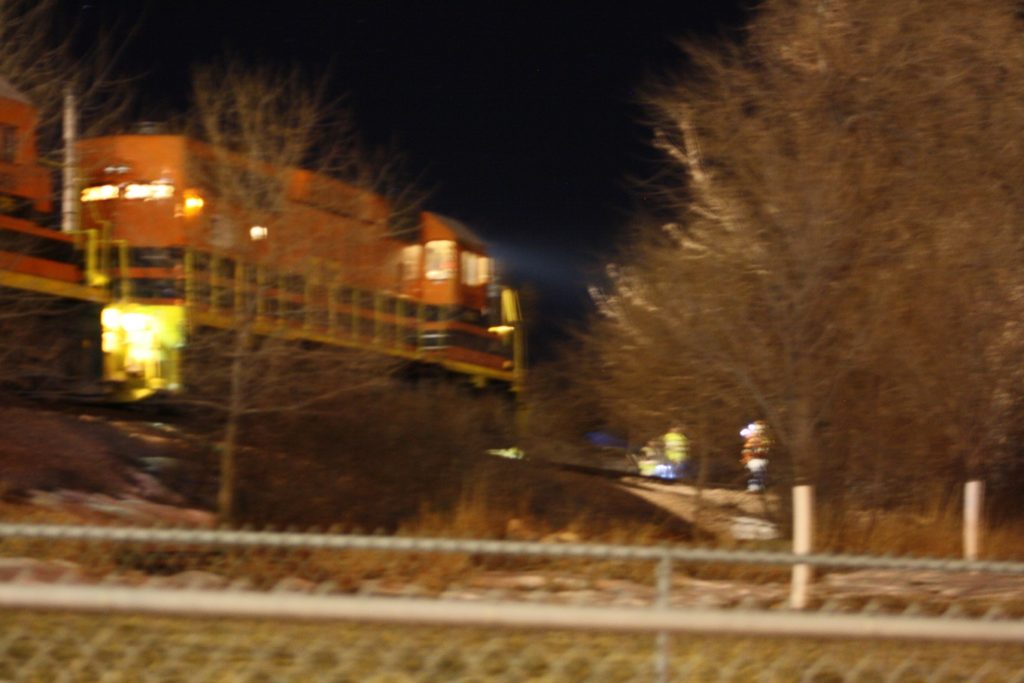 STURGIS, S.D. (KBHB) – A 77-year-old male escaped serious injury after his Jeep Cherokee was struck by a train in Sturgis Thursday night.

Sturgis Police Chief Geody VanDewater says the man was traveling west bound on Ball Park Road, and attempted to cross the tracks when he was struck by a northbound train.

VanDewater says the train struck the vehicle on the drivers side door, pushing it at least 700 feet before coming to a stop near the top of McNenny Drive.

VanDewater says the male was alert and conscious when EMS personnel arrived on scene. He was transported to Sturgis Regional Hospital for observation, but didn’t appear to have suffered any major injuries. His name was not released.

The collision ended up blocking several city streets that cross the tracks, including Ball Park, Vanocker Canyon and Otter Road.

Two wreckers were brought in to remove the vehicle as not to do any damage to the tracks.

VanDewater says railroad officials needed to inspect the train and the tracks before they could they could let it continue on.

The accident happened around 5:40 p.m.

The train was blowing it’s whistle and traveling at the correct rate of speed when traveling through a populated area.

He says the train’s engineer noticed the vehicle and applied the brakes before striking the Jeep, but VanDewater says “trains can’t stop on a dime.”