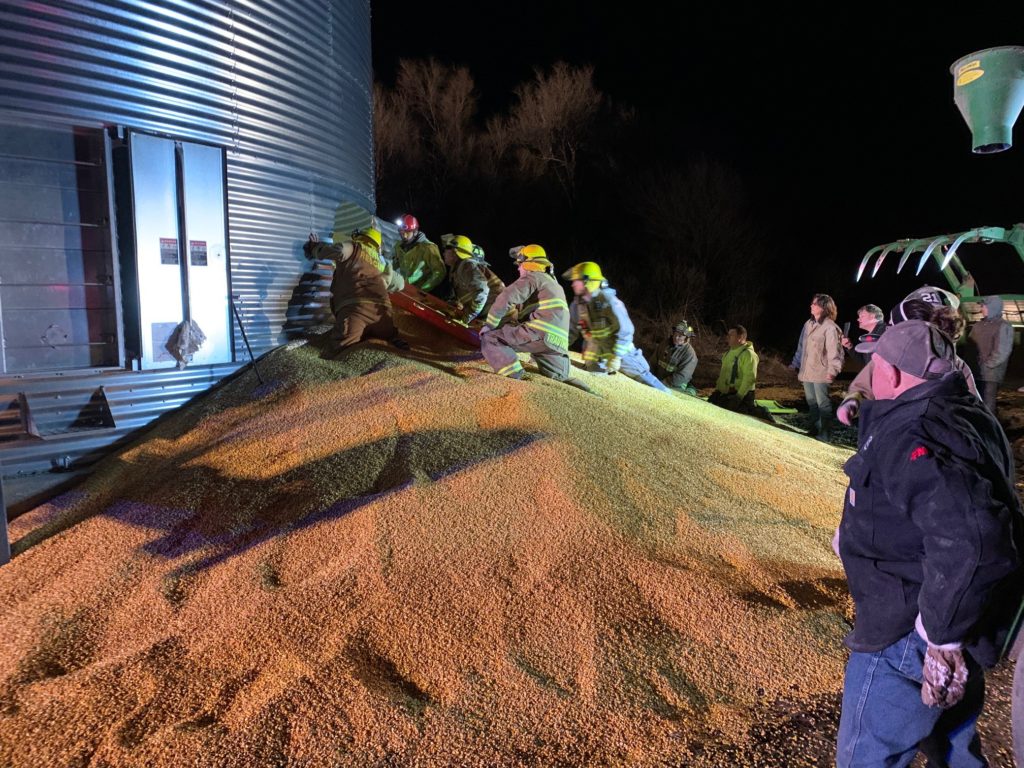 The rescue teams were aided by Agtegra’s Safety and Technical Rescue Association or SATRA. Paul says they don’t train often with an outside group like that, but they are a great resource to have on scene.

The male who was trapped was removed from the bin through holes cut in the sides of the bin.  Assisting on scene were the Hughes County Sheriff’s Department, South Dakota Highway Patrol and AMR Ambulance.