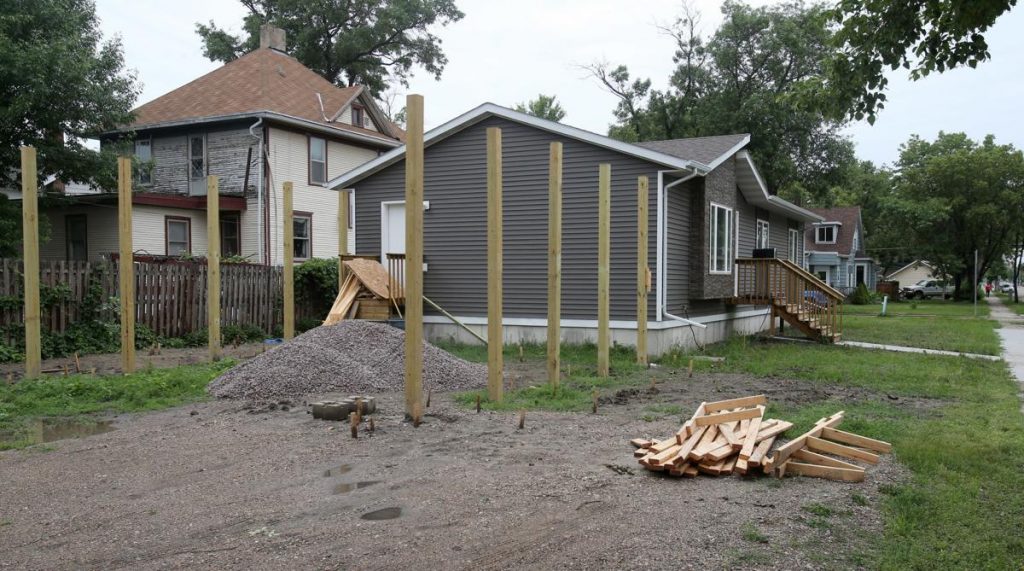 Despite the COVID-19 pandemic, officials say sales tax revenues are up in part because of an increase in the purchase of building materials for home improvement projects. (American News Photo by John Davis)

ABERDEEN, S.D. (By Elisa Sand esand@aberdeennews.com) – May’s sales tax report from the state Department of Revenue showed an increase for Aberdeen, where other large cities saw a decrease.

May’s sales tax report is a reflection of taxes taken in for the month of April. City officials have been anticipating a decrease compared to last year. Instead, they saw an increase of 18.57%. In comparison, Sioux Falls sales tax receipts in the May report were down 14.86%; Brookings was down 20.91% and Watertown was down 2.23%.

Aberdeen’s increase in the May report is similar to April’s sales tax report, which showed a 20.89% increase for Aberdeen, with other cities showing a decrease or a much smaller increase. Sioux Falls was down 2%; Watertown was down .43% and Brookings was up 1.22%.

In a phone interview earlier this week, City Manager Lynn Lander agreed the numbers were a surprise. In all, he said, the Department of Revenue reports through May show an 8.9% increase compared to 2019.

This quarterly report was shared with the Aberdeen City Council Monday.

But, he stops short from rejoicing just yet. Aberdeen saw a decrease in sales tax receipts in 2019, he said, and the full impact of COVID-19 is yet unknown.

“There’s still some uncertainty,” he said.

In looking at a report from the Bureau of Finance and Management, Lander said he found some clues as to why Aberdeen is up. That report shows decreases in apparel purchases (down 41%), hotel stays (down 35%) and sales at eating and drinking establishments (down 21%).

Lander said that means as some parts of the economy saw a decrease, others saw an increase as consumers shifted their spending habits.

Planning and Zoning Director Brett Bill said he has heard lumber sales are up. The number of permits issued in Aberdeen through May is also up compared to this time in 2019. According to a report from his office, 437 permits have been issued so far this year compared to 385 through May 2019.

Still, he said, to get a broader sense of sales tax trends, a broader look is needed.

“As significant as it seems, as good as it is, we have to look at it from a two-year perspective,” Lander said.

While the city’s 2% sales tax has seen an increase, Lander said, during that same time period, the city’s 1% sale tax for hotel and motel stays, and restaurants and liquor sales is down 1%. Those tax receipts go into the city’s promotion fund and support a variety of agencies including the Aberdeen Area Chamber of Commerce, Convention and Visitors Bureau and the Aberdeen Downtown Association. Several other local agencies also receive money from this fund.

Lander said he expects an even greater decrease in promotion fund receipts yet this year.

The Aberdeen City Council has already discussed this topic and is drafting two options for funding awards in 2021. One anticipating a zero increase in promotion fund receipts. Another anticipating a 15% decrease.