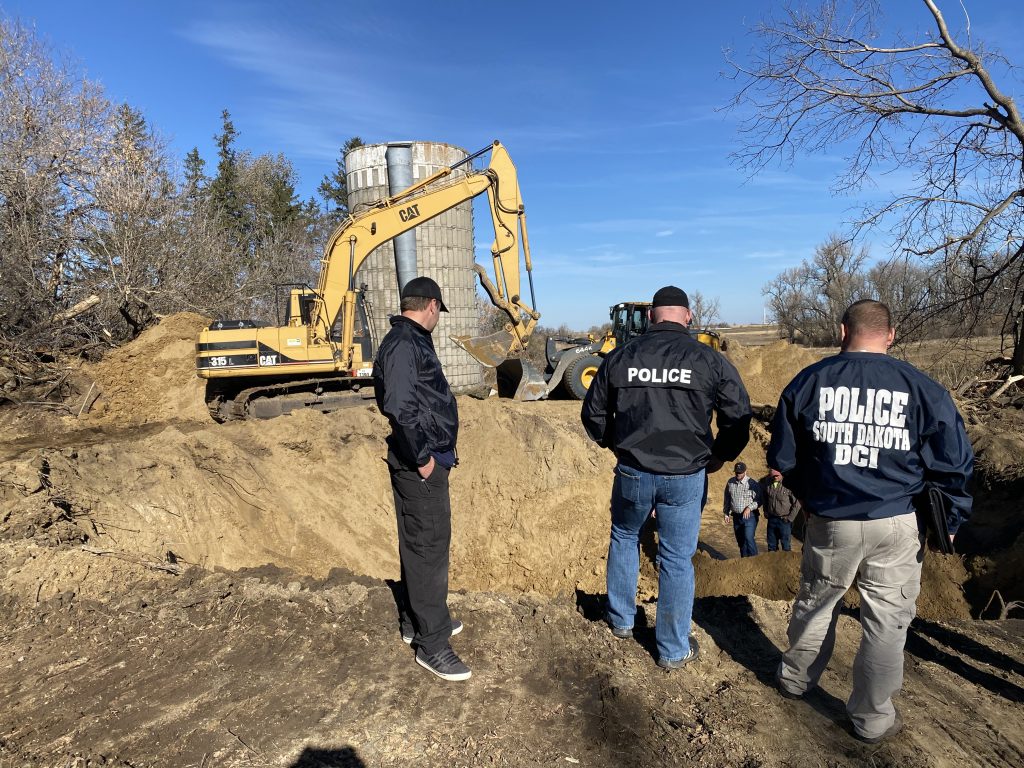 Special Agent Cam Corey, WPD Detective Sergeant Chad Stahl and Deuel County Sheriff Cory Borg met with members of the news media at a location in rural Deuel County, where a well is being excavated at an abandoned farm-site.

Back on Dec. 10, 2001, Pamela Dunn was reported missing after she failed to show up from work at Jenkins Living Center. Watertown Police responded to her apartment and perform a welfare check. Pam was not able to be located and an investigation was begun into her disappearance.

On Oct. 4, 2006, Dave Asmussen, the former boyfriend of Pam Dunn, was convicted by a Codington County jury of kidnapping her and sentenced to life in prison.

Agent Corey said the investigation into Dunn’s disappearance has always been a priority.

In January 2017, law enforcement received a new lead that Dunn’s body was in a well in Rural Deuel County.

Agent Corey said they have utilized TASK Force 1 members from Sioux Falls Fire Rescue along with Watertown Fire Rescue personnel who have gone down into the well. Corey said despite the work of the two teams, they were never able to get to the bottom of the well.

Agent Corey said that the information that Dunn’s body may be in the well came from a resident of Deuel County who knew that Asmussen frequented the area.

Agent Corey say the well excavation is the most promising lead he has received in his 14 years of working the Pam Dunn case. The excavation will continue at the site as long as necessary. Corey says, law enforcement will begin sifting through the dirt looking for evidentiary items soon.

Agent Corey said more information will be released as it becomes available.