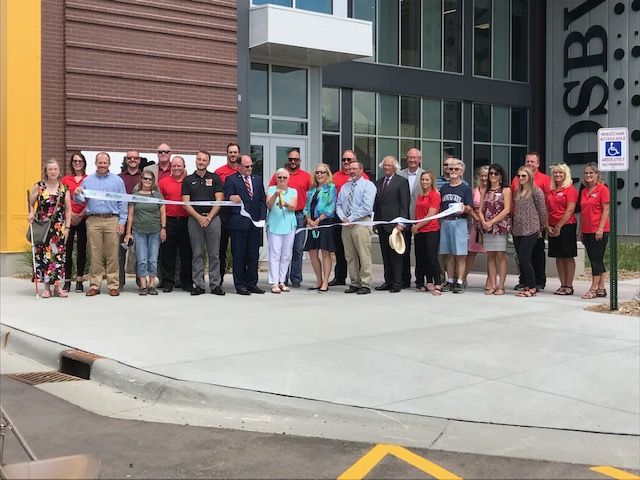 ABERDEEN, S.D. (HubCityRadio.com) – While the facility has been in use since the beginning of the year, the new South Dakota School for the Blind and Visually Impaired was officially dedicated with a ribbon-cutting ceremony on Thursday afternoon.

The facility is located on the campus of Northern State and was part of the Educational Impact Campaign, a collaborative effort between the two schools.

Northern President Tim Downs said the SDSBVI allows students at the university a perfect opportunity to gain first-hand experience without having to leave campus.

Northern approached then SDSBVI Supt. Marje Kaiser about a landswap, which ended up providing a different location for the school and opened a space for the university to build a new football stadium and softball field.

Kaiser, who retired earlier this year, thanked NSU and the building’s architects for constructing a facility that meets the needs of students.

Board of Regents member Jim Thares said SDSBVI is an important part of the state’s education system.

The SDSBVI has always been an important part of the community, said Aberdeen Mayor Travis Schauanaman.