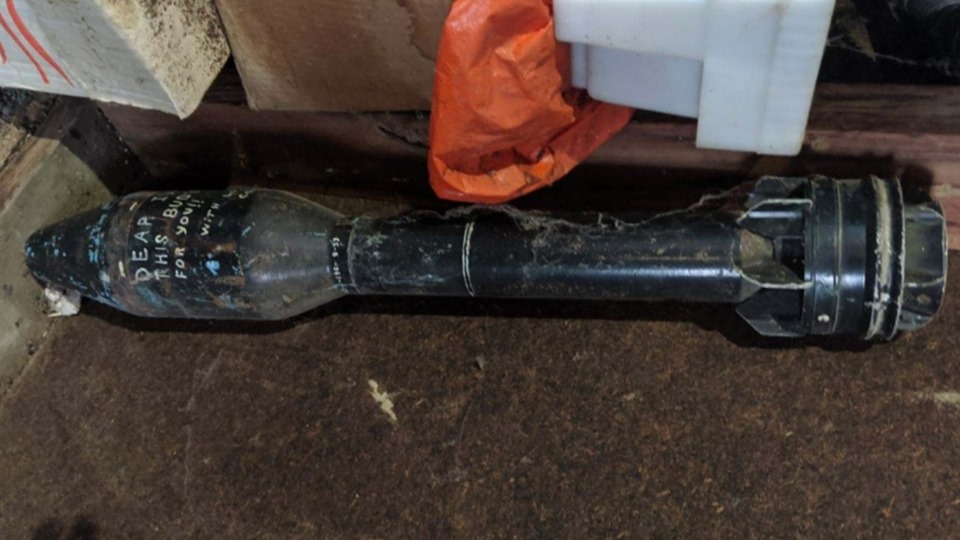 Yesterday morning, a detective was conducting a welfare check on an elderly male in the 1100 block of 11th Avenue NE. During the course of this check, the detective encountered what was later revealed to be a 60 MM M28A2 anti-tank heat rocket (bazooka round). It was reported that a soldier returned home with this item after serving in the Korean War.

USAF EOD (Explosive Ordnance Disposal) out of Ellsworth Air Force Base was contacted and agreed to respond. Eight surrounding homes were evacuated prior to their arrival.

Upon arriving at the location, USAF EOD made the item safe, transported it to the city gun range south of town, and disposed of it by detonation.

No charges are expected.