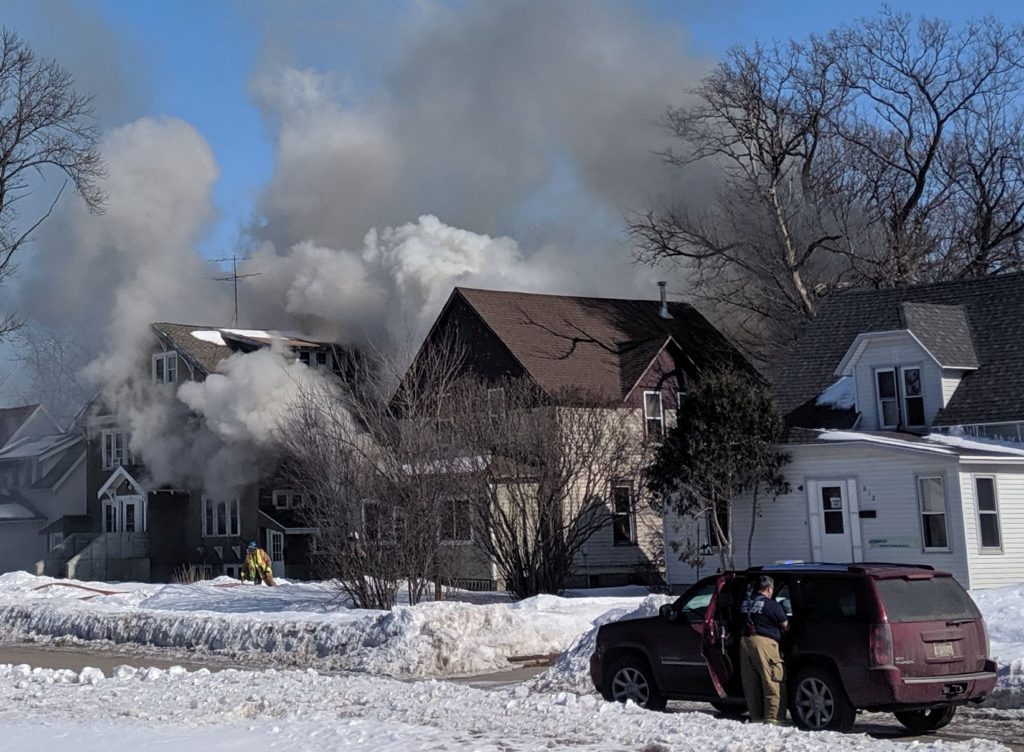 BROOKINGS, S.D. (KJJQ) – One man is killed in an explosion and fire that extensively damages a home at 618 6th Avenue in Brookings.

Firefighters were called to the scene shortly before Noon Thursday. Fire Chief Darrell Hartmann says there were extensive flames throughout the structure when they arrived.

He says they began attacking the fire from the outside.

They believe the cause was a narural gas leak.

The name of the man who was killed is not yet being released pending notification of family.

Hartmann says the State Fire Marshall’s Office, DCI and ATF are assisting with the investigation.