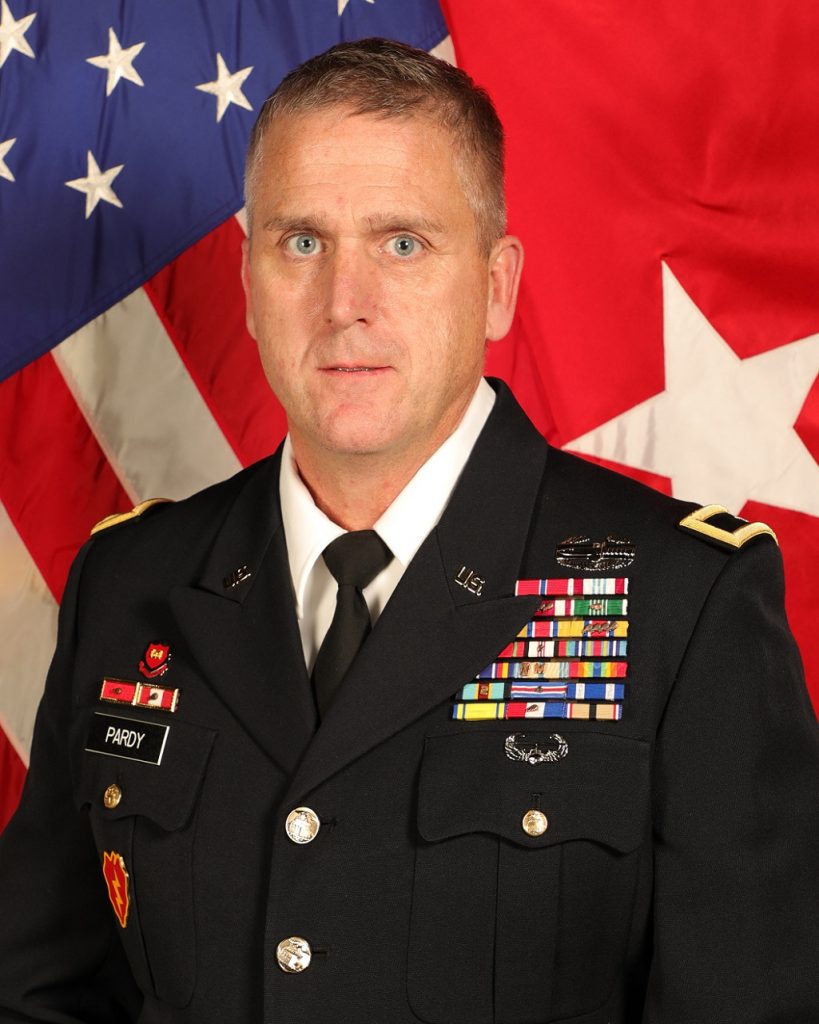 RAPID CITY, S.D. (Press Release) – Patrick Pardy of Howard was promoted to the rank of brigadier general in the South Dakota Army National Guard during a ceremony at Camp Rapid, Jan. 9.

Pardy will serve as the land component commander for Joint Force Headquarters in Rapid City.

“Being promoted to brigadier general is the single greatest honor of my military career and it is the culmination of all the great work done by the leaders, peers and soldiers I have been lucky enough to work with – all of whom I will be eternally grateful to,” Pardy said. “I am also the recipient of the love and support of an amazing family, which was the number one factor to my making it to this point in my career. Finally, I must thank Maj. Gen. Jeff Marlette for the confidence he has shown in me with this selection.”

In this position, Pardy will serve as the Golden Coyote training exercise commander, responsible for planning, coordination, resourcing and execution of the exercise. His assignment also includes serving as the deputy director of the SDNG joint staff; and he will serve as the joint task force commander when activated in times of emergency – ensuring planning and execution for assigned missions.

Pardy has over 34 years of military service, first enlisting in the SDNG in 1986 as a combat engineer. In 1992, he received his commission as an engineer officer through the University of South Dakota ROTC program.

Pardy holds a Bachelor of Science degree and Juris Doctorate degree from the University of South Dakota, and a master’s degree in strategic studies from the U.S. Army War College.

In his civilian career, Pardy serves as a circuit judge in South Dakota’s Third Judicial Circuit in Madison.