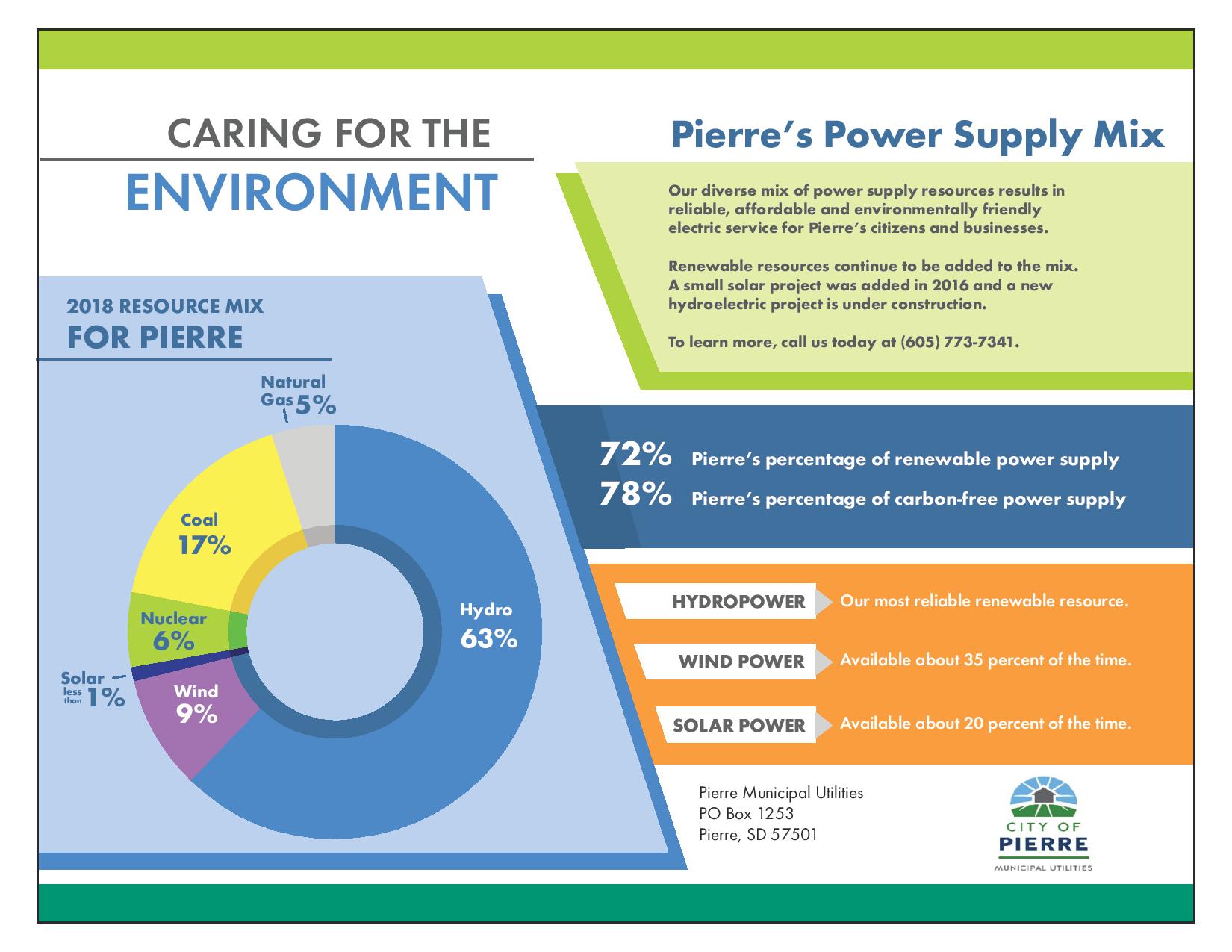 National research indicates the average electric supplier in the country receives about 17% of its electric generation from a renewable power supply. In Pierre, utilities director Brad Palmer says 72% of the town’s electricity is provided by water, sun or wind.

Palmer says through an agreement with the federal Western Area Power Administration (WAPA), Pierre gets about 60% of its electric generation from the hydroelectric system at the Dam. He says wind and solar are great, but hydroelectric power is statistically the most reliable renewable energy resource.