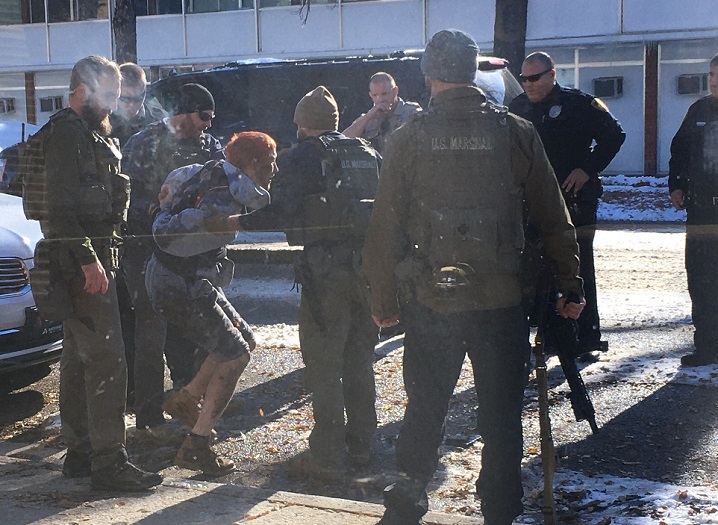 Hughes County Sheriff Darin Johnson says Ryan Duffy ran from a residence on West Prospect as officers entered the house to arrest him. He took law enforcement on a brief foot chase, but was caught in front of the Dakota Radio Group office building on West Pleasant Avenue in Pierre.

Duffy was arrested on two outstanding felony warrants out of Hughes County. One is a bench warrant for Failure to Comply on a Receiving Stolen Vehicle charge. The other is a warrant of arrest on drug charges. Duffy was taken to the Hughes County Jail.

Agencies involved in the arrest were the US Marshals Service, Pierre Police Department and the Hughes County Sheriff’s Office.