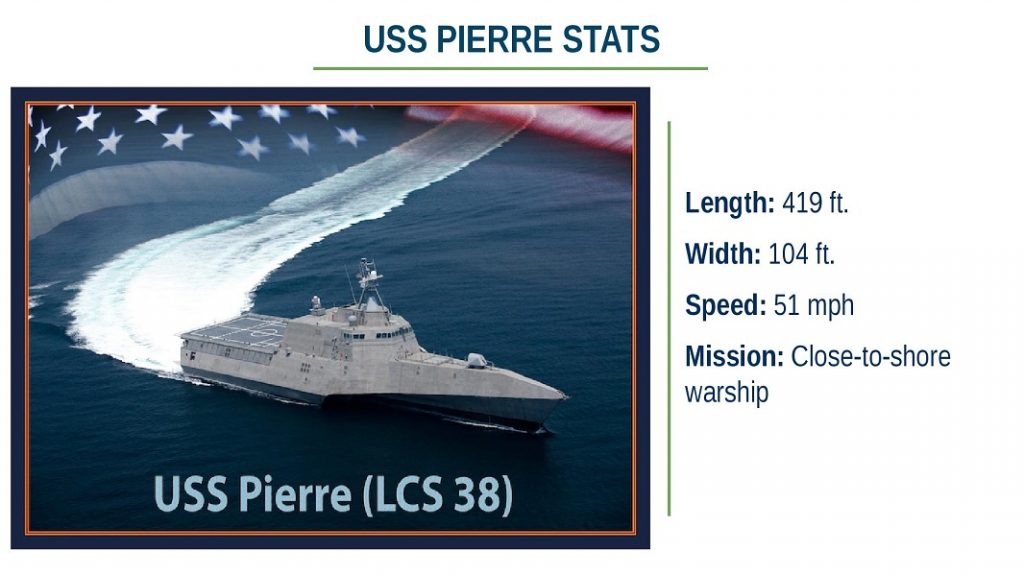 When building a ship, Harding says the Navy has three main events.

The USS Pierre will be 419 feet long, 104 feet wide and travel at speeds up to 51 mph. The ship will serve as a close-to-shore warship and is scheduled for commissioning in the summer of 2024.

Along with mayor Harding, he’s selected these people to also be members of the commissioning committee: