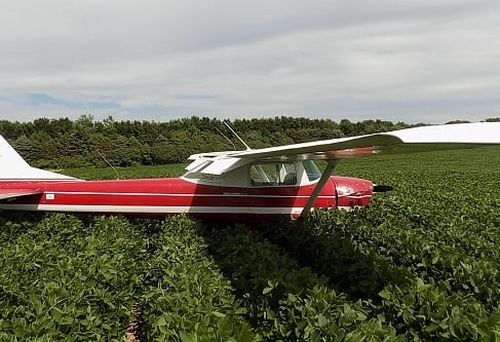 Watertown dispatch got a call just before 3 p.m. that an emergency landing was being attempted south of Watertown, near Thomas.

About an hour later, the airplane was located southwest of Castlewood.

The 27 year-old female pilot was checked over at the scene by Castlewood Ambulance.

The cause of the emergency landing was engine failure.

The plane had taken off from the Madison area and was heading for Watertown.