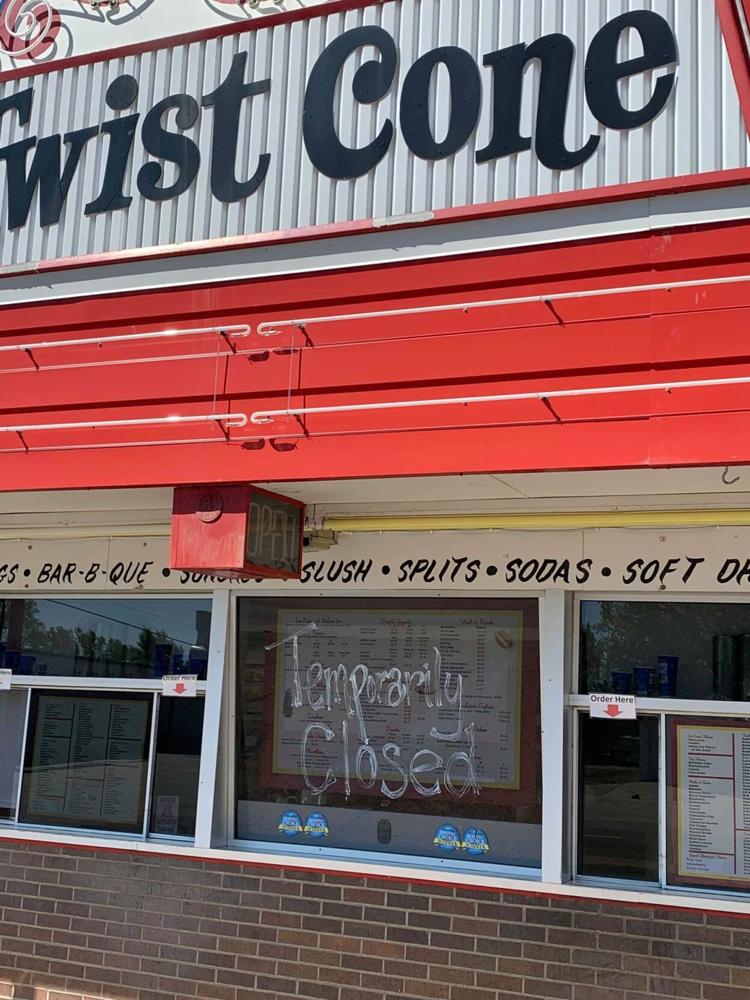 ABERDEEN, S.D. (By Trent Abrego and Elisa Sand Tabrego@gannett.com and esand@aberdeennews.com) – Twist Cone has temporarily closed after an employee tested positive for COVID-19, according to manager Jennifer Klitzke.

Despite having a positive test from an employee, the South Dakota Department of Health hasn’t issued a warning or notice.

“There is no danger to the public here because of the way we operate,” Klitzke said in a phone interview. “You have to be in a consistent air space with somebody for a time period, there’s no way anybody here would pass it on to the public.”

The South Dakota Department of Health and Twist Cone are working together, according to Klitzke.

None of the other Twist Cone employees have reported COVID-19 symptoms, she said.

Twist Cone hopes to open the windows by the weekend.

“We appreciate our customers and the support they’ve given us so far this year,” she said. “We hope to be serving them again soon.”

One new death reported in SD

South Dakota added 83 new COVID-19 cases and one new death Tuesday for a total of 10,443. Of those, 1,163 are active, according to the South Dakota Department of Health. There have been 115,970 people who have tested negative.

The new death was a Lake County woman in who was 80 or older. That pushes the state’s total to 154, five of which have been in Lake County.

Statewide, 68 people are currently in the hospital — up eight from Monday — and 927 people have ever been hospitalized, according to the health department.

In northeastern South Dakota, six new cases were added in Brown County for a total of 491. Of those cases 56 are active. Three people have died and there have been 22 people ever hospitalized. There have been 4,719 who have tested negative.

Edmunds County added two new cases for a total of 21, six of which are active.

Day County added one new case for a total of 29, seven of which are active.

Codington County added four new cases for a total of 173. Of that total, 45 are active.

Grant County added one new case for a total of 34, seven of which are active.