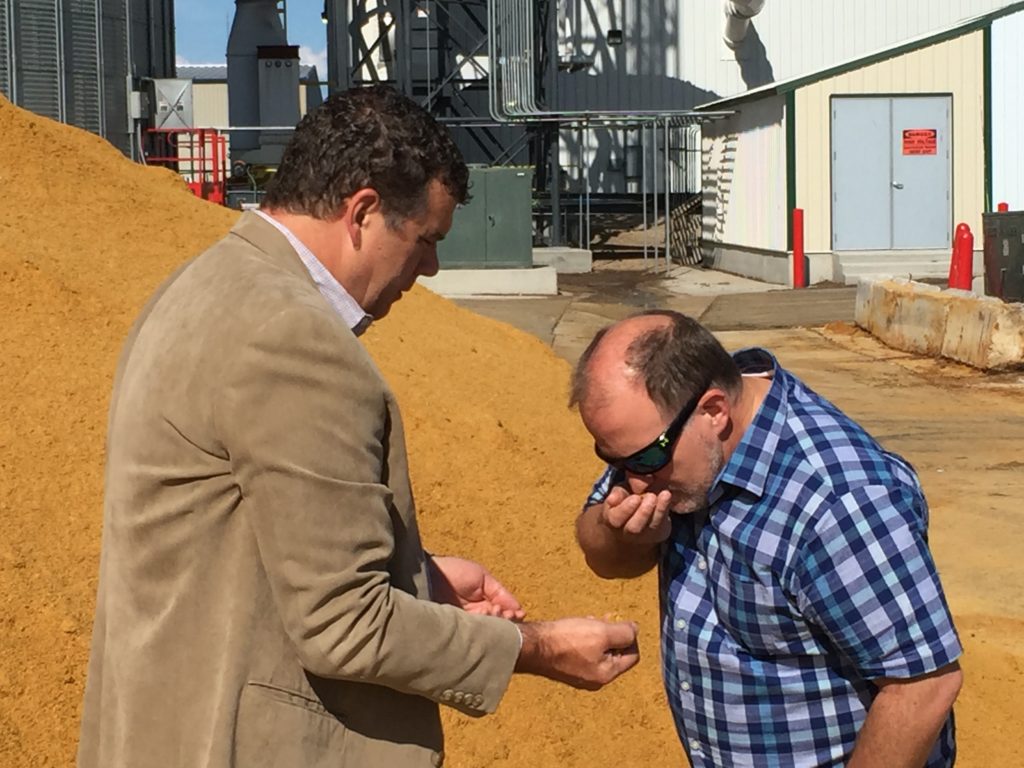 WATERTOWN, S.D. (KXLG) – Cooperative board members and company employees spent most of Tuesday morning at the Glacial Lakes Energy plant in Watertown educating region 8 EPA head Greg Sopkin about the importance of ethanol to the state’s farm economy. Leading off was Mark Schmidt who is the president of the more than 4,000 member cooperative with plants in Watertown and Mina.

Schmidt cut to the chase telling Sopkin that ethanol producers have been feeling the hurt following approval by the EPA to grant small refinery waivers. He said the waivers granted to the petroleum industry have created inequality.

Schmidt says the clean air act is an even bigger issue that falls under the jurisdiction of the EPA. He says octane boosters used by the petroleum industry have been proven to be carcinogenic versus biofuels that don’t harm the air.

During a walking tour of the Watertown plant Sopkin shared his thoughts about e-15 and 30 blends.

Sopkin declined to weigh in on the refinery waiver controversy.

The EPA head is spending several days in South Dakota with his staff.

Sopkin said that he and his staff are in South Dakota this week to meet, not only with ethanol producers, but the farming community as well.