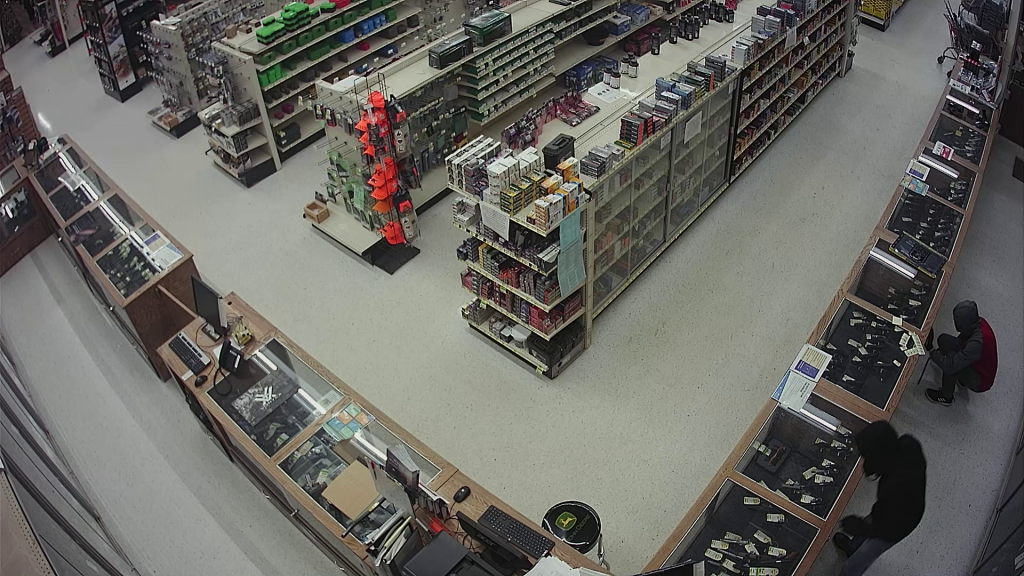 PIERRE, S.D. (DRG News) – A reward of up to $10,000 is being offered for information leading to the arrest and conviction of those responsible two for burglaries that occurred April 5 and 7 at the Runnings store in Pierre.

The Pierre Police Department and the federal Bureau of Alcohol, Tobacco, Firearms and Explosives believe the burglaries are related. In both incidents, surveillance footage captured two individuals wearing masks and gloves forcefully entering the front door of the business, navigating directly to the firearm section, breaking into a display case and removing firearms. Between the two burglaries, four firearms were taken.

ATF is offering a reward of up to $5,000, which will be matched by the National Shooting Sports Foundation for a total reward of up to $10,000. Information eligible for reward must lead to the arrest and conviction of those responsible for the burglary or aid in the recovery of the stolen firearms.

Anyone with information should contact ATF at 1-888-ATF-TIPS (888-283-8477) or email ATFTips@atf.gov. Tips may also be submitted anonymously to ATF using the ReportIt® app. It’s available through Google Play, the Apple App Store or by visiting www.reportit.com.

The increased reward is part of a larger national cooperative initiative in which NSSF matches an ATF reward in cases involving the theft of firearms from federally licensed firearms retailers. ATF works closely with members of the firearms industry to curb the criminal acquisition and misuse of firearms.