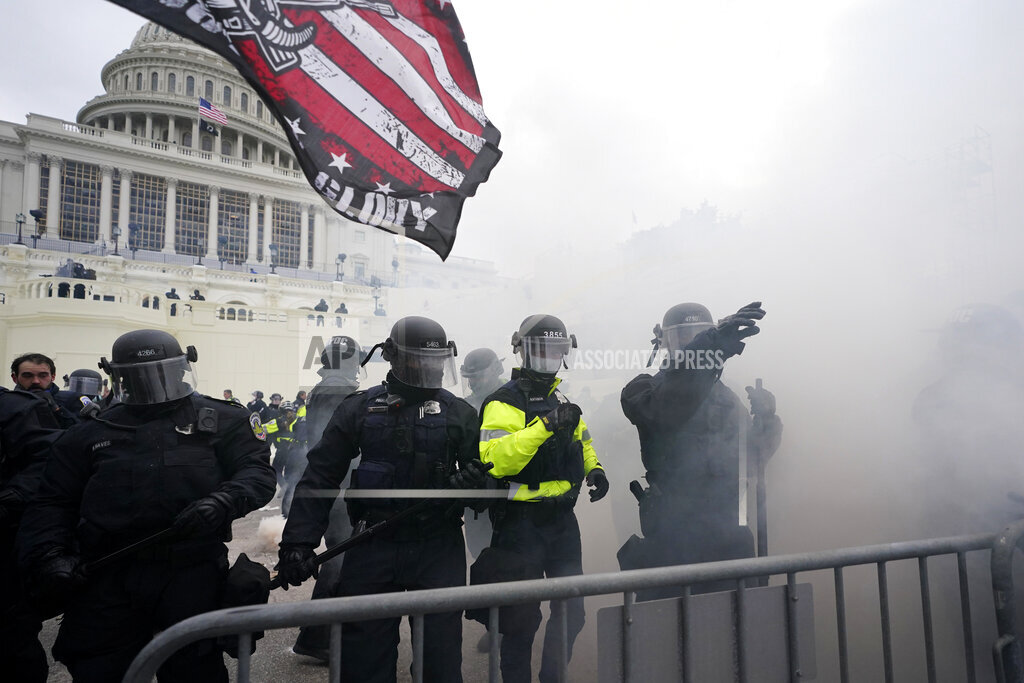 Police hold off Trump supporters who tried to break through a police barrier, Wednesday, Jan. 6, 2021, at the Capitol in Washington. As Congress prepares to affirm President-elect Joe Biden’s victory, thousands of people have gathered to show their support for President Donald Trump and his claims of election fraud. (AP Photo/Julio Cortez)

WASHINGTON, D.C. (KELO) – South Dakota’s Congressional delegation has been taken to a safe location as a riot continues in the U.S. Capitol Building in Washington.

Senator Thune, Sen. Rounds, and Congressman Johnson were in the Capitol listening to the debate over the Electoral College Presidential votes when the melee broke out.