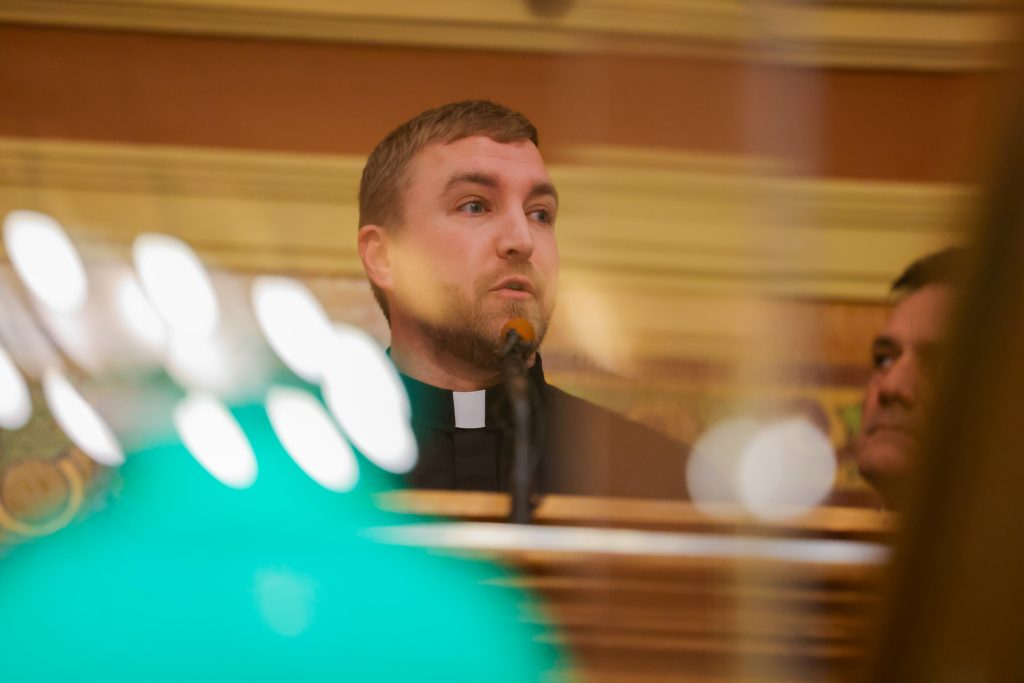 Pastor Craig Wexler of Pierre offers a prayer before the start of Tuesdays joint session of the State Legislature.

PIERRE, S.D. (Lifewrx.com) – Layers of plexiglass and multiple teleprompter screens gave Tuesday’s ‘State of the State’ speech a ‘house of mirrors’ effect for many watching, particularly members on the floor.

Glass COVID barriers have been erected in both chambers. The press box in the House and Senate are now fully walled off behind glass and the chamber Sergeant at Arms watch from behind multiple glass screens.

“It kind of looks like a bank,” said one onlooker. “They’ll take your deposit, good luck making a withdraw.”

Adding to the visual aesthetic were two glass screen teleprompters used by Governor Noem. Noem rarely makes a public presentation without a prompter, which act like a mirror for projecting the script to be read.

One new member speculated the teleprompter screens were ‘bullet proof glass’ prompting a laugh and explanation from her seat-mate.

But the competing reflections on the dais were hard to get around as lights and surfaces from every direction bounced around inside the chamber. The teleprompters were adjusted after a slight delay and the proceedings commenced.