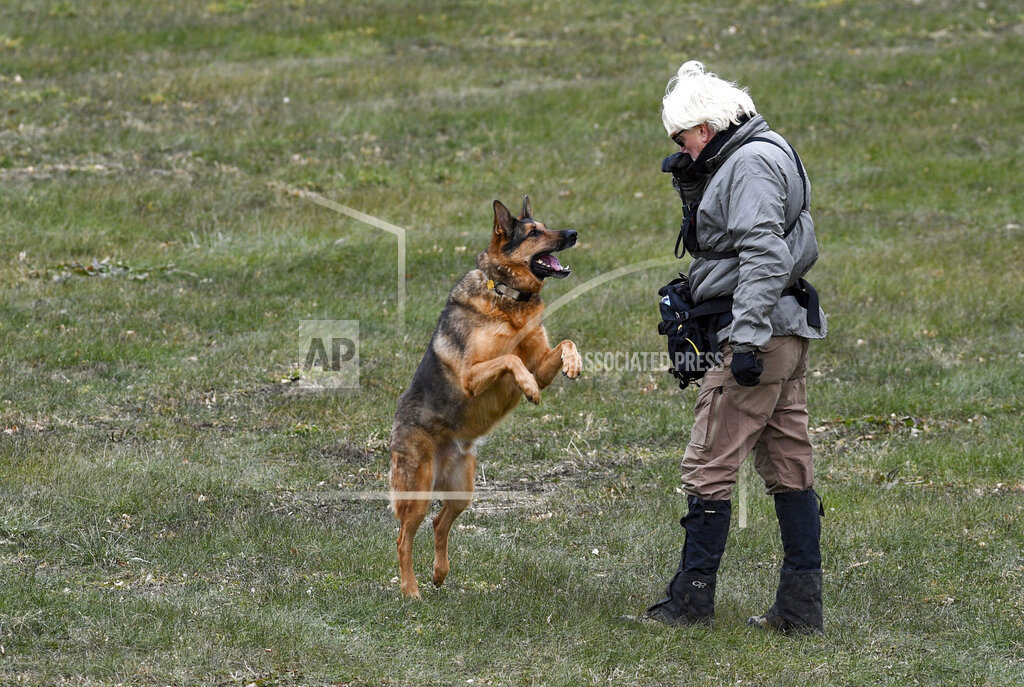 Jim Peters prepares his detection dog, Rocky, to search for the remains of Ellabeth Lodermeier on Wednesday morning, Nov. 13, on the east side of Sioux Falls. Lodermeier has been missing for 45 years. She was 25 when she disappeared from her Sioux Falls home on March 6, 1974.(Erin Bormett/Argus Leader via AP)

SIOUX FALLS, S.D. (AP) — Sioux Falls police say a search for the remains of a woman missing for 45 years has turned up “areas of interest.”

Police used two dogs Wednesday to search an area along the Big Sioux River for the remains of Ellabeth Lodermeier, formerly of Aberdeen. Lodermeier was 25 when she disappeared from her Sioux Falls home on March 6, 1974. She has not been seen since and is presumed dead.

The Argus Leader reports the search took place in the area where Lodermeier’s purse and pocketbook were found in April 1992, nearly two decades after she went missing.

Police spokesman Sam Clemens says the search turned up “a couple of areas of interest” that police will investigate. He did not elaborate.