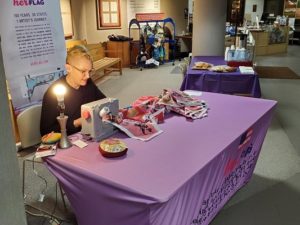 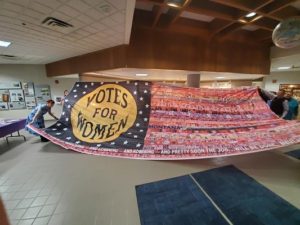 PIERRE, S.D. (DRG News) – The South Dakota stripe has been added to a national flag project commemorating the 100th anniversary of the 19th Amendment which gave women the right to vote.

Artus says South Dakota’s was the 21st stripe to be added. Her next stop is in Colorado.

Incidentally, there’s a new suffrage exhibit at the Cultural Heritage Center in Pierre entitled ‘The Right is Ours’: Women Win the Vote.

For more information about the Her Flag project, visit herflag.com.