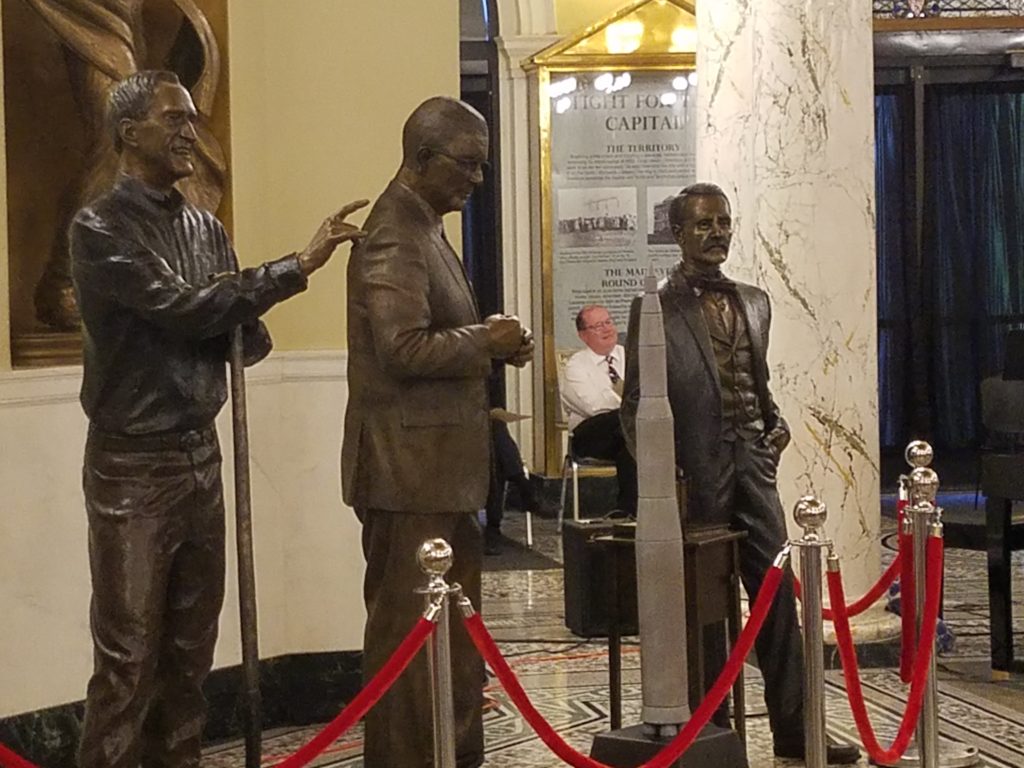 Elrod is standing next to a table with his hand atop a stack of law books. Lee Leuning and Sherri Treeby worked on the Gubburd statue, which depicts the 22nd Governor staring at a mock –up of a Minuteman missile.

James Maher added to his contributions to the Trail by sculpting Daugaard, who is holding a shovel while making the International Sign Language sign for “I love you.”