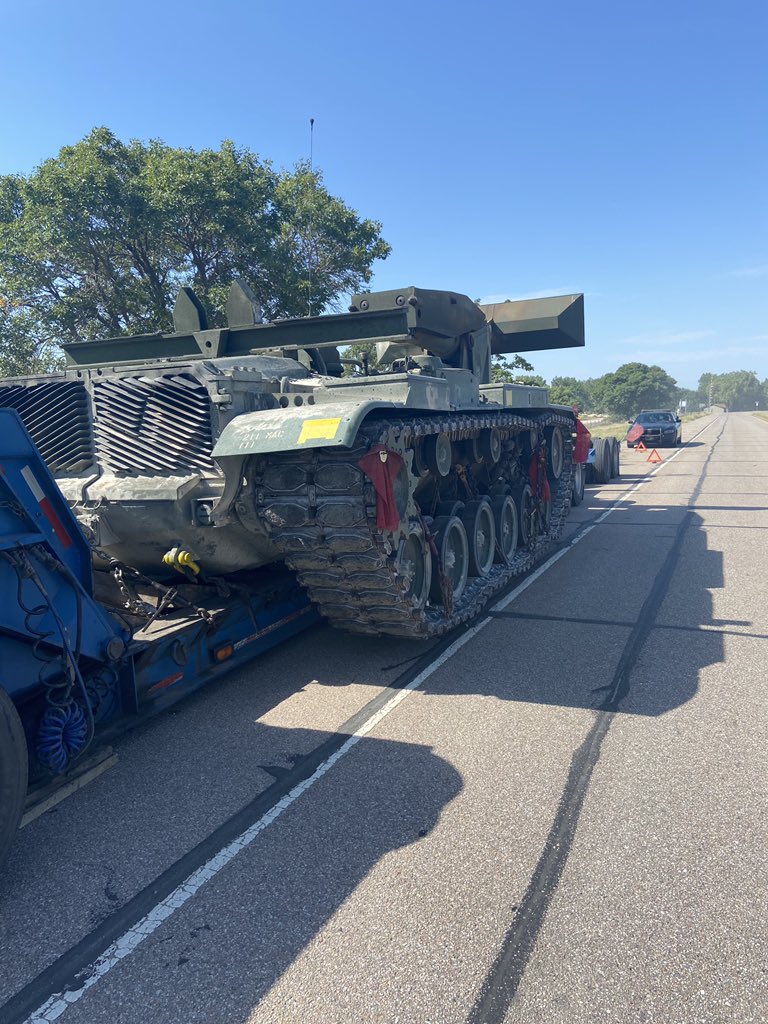 This morning, a trooper was made aware that the vehicle, which is used in engineering operations, was sitting on a parked trailer at the Interstate 80 on-ramp near Overton. The trooper found the vehicle and noticed markings which identified that it belongs to the South Dakota National Guard. NSP has since learned that the trailer was abandoned sometime yesterday by the driver of a trucking company contracted to move the vehicle for the Guard.