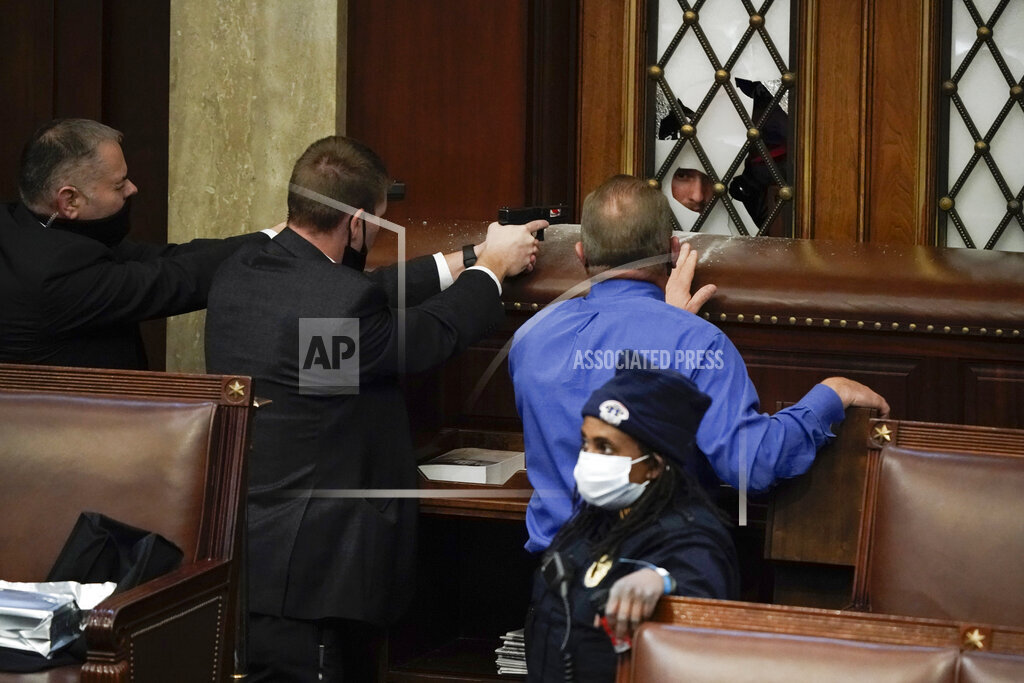 Police with guns drawn watch as protesters try to break into the House Chamber at the U.S. Capitol on Wednesday, Jan. 6, 2021, in Washington. (AP Photo/J. Scott Applewhite)

WASHINGTON (AP) — The U.S. Capitol locked down Wednesday with lawmakers inside as violent clashes broke out between supporters of President Donald Trump police. Dozens of people breached security perimeters at the Capitol and lawmakers inside the House chamber were told to put on gas masks as tear gas was fired in the Rotunda.

Lawmakers had been meeting to affirm Joe Biden’s victory. The skirmishes occurred outside the building, in the very spot president-elect Biden will be inaugurated in just two weeks. Protesters tore down metal barricades at the bottom of the Capitol’s steps and were met by officers in riot gear. Some tried to push past the officers who held shields and officers could be seen firing pepper spray into the crowd to keep them back.