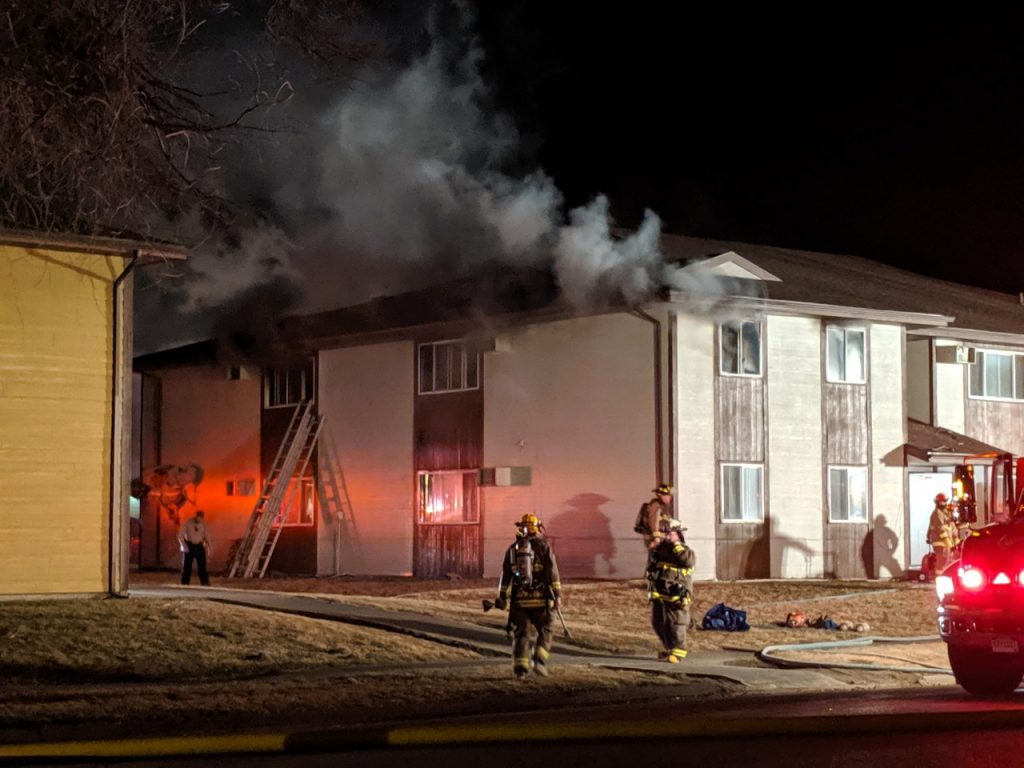 PIERRE, S.D. (KCCR) – Two residents of an apartment on Poplar Street in Pierre were rescued from a fire in that structure Friday night. Pierre Fire Chief Ian Paul says crews arrived to the building in the 300 block of South Poplar around 9:30 p.m.

Once the building was clear of residents firefighters turned their attention to saving the building.

Fire damage was contained to a single apartment but damage from smoke filled the building.

The Red Cross is assisting approximately 20 residents with temporary accommodations. Paul says it could be some time before some tenants can return home.

Firefighters spend around three and a half hours on scene. The cause of the fire is under investigation, but Paul says it is not being considered suspicious.