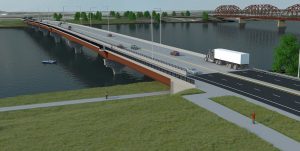 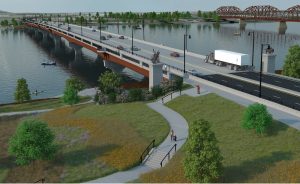 Project coordinator Denae Johnson said those are a few of the specifics about the new Lt. Commander John C. Waldron Memorial Bridge being built across the Missouri River between Fort Pierre and Pierre.

Johnson says the new bridge will be fairly close to the current one.

She says the Missouri River will remain open to water traffic during the project, but people will need to keep their distance from all equipment.

The project is scheduled to be completed by Dec. 2023.

A 2016 study done by the SDDOT concluded the John C. Waldron Memorial Bridge, built in 1962, has reached the end of its useful life and needs to be replaced. The current structure carries traffic from US Highways 14 and 83 and SD Highway 34 across the bridge that serves as the primary crossing point over the Missouri River between Fort Pierre and Pierre.